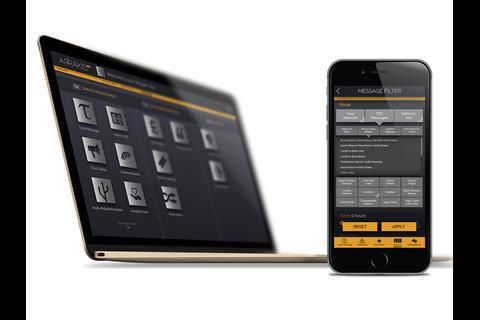 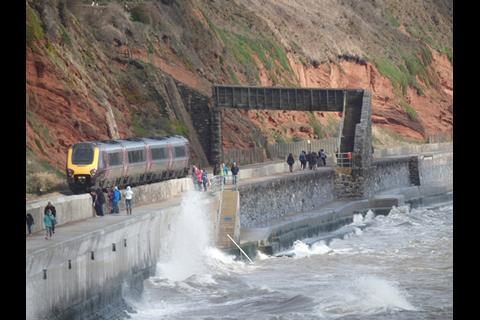 UK: ‘If it works for CrossCountry it will work for any operator’, the inter-city operator’s Duty Control Manager Matthew Reeves told Railway Gazette International at the unveiling of Arrakis, a software suite which technology company Nexus Alpha has developed with the aim of transforming the quality of communications between train operating companies and passengers.

CrossCountry is the launch customer for Arrakis, which Nexus Alpha CEO Patrick McDougall said would provide operating staff with the ‘pertinent, targeted and predictive’ information that they need to ensure efficient operation, in particular at times of disruption.

The aim is to get information ‘from everywhere’, put it in one place, and then ‘push it to the people who need it’, said McDougall. This would facilitate ‘augmented intelligence’, making available the information that humans need to take decisions about what to do.

Arrakis draws in a wide range of data from Nexus Alpha systems, third-party interfaces, open data sources, on-train systems, social media and video feeds. A geographic database checks trains against the topology of the rail network, so that infrastructure problems at obscure locations can be automatically mapped to all services that may be affected.

Arrakis is structured as a developing suite of ‘microservices’ from which operators can select. The first module to be released is a mobile app which automatically alerts staff to disruption affecting their own trains or connecting services. This includes a route-level overview of service status, live departure boards and messages about accessibility issues, revised formations, rolling stock changes.

Reeves said this would be particularly useful for CrossCountry, which operates some of the longest services in the UK and interfaces with numerous other operators. With current communications systems train crew can be overwhelmed with information about problems anywhere on a 12 h journey, not all of which is relevant.

In additional train crews ‘don’t like it when they don’t know what is going on, and like it even less when customers are telling them what is going on’, said Reeves, pointing out that open data means there are now ‘all sorts of websites which savvy people can use to work out what they think is going on’.

The next module to be added will provide a two-way real time messaging service, including the ability to send pre-formated messages to the control room with a single key press, for example to report a blocked toilet or to request police or medical assistance.

Analysis of data from past events that has been collected over the past 10 years can be used to improve the quality of information provided, and Nexus Alpha anticipates that outputs will become increasingly automated through machine learning as the system grows. Information about the time taken to clear previous incidents can be used to estimate how long the effects of a current incident such a road vehicle colliding with a bridge might last. ‘Big data’ can also help spot trends; for example, there tends to be less disruption caused by vandalism during cold and wet weather, while a 25% drop in problems cause by malicious action was traced to a halving in the price of copper leading to fewer thefts.

Nexus Alpha is also developing tools to analysis passenger sentiment on social media, which can be used to alert staff to issues. ‘You wouldn’t believe the amount of things that have happened to our trains that we have found out about from Twitter’, said Reeves. One challenge to automated analysis was found to be the use of sarcasm, but the use of emojis has been found to be a more accurate indicator of sentiment than text; a passenger adding an angry face to ‘another great day’ can make their true feelings clear.

In the longer term, artificial intelligence may have a role in Arrakis, McDougall believes. ‘It will be interesting to see how far we have progressed five years from now’.