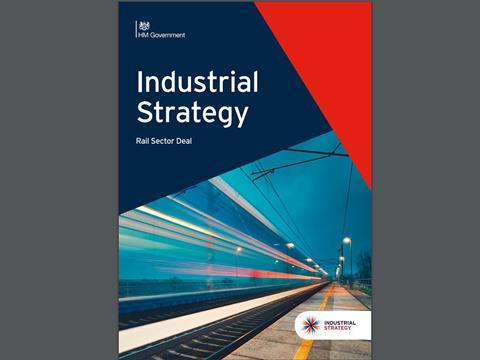 UK: The government has announced details of its Rail Sector Deal, which is intended to improve engagement with the supply chain so that companies better understand future demand and can invest with more confidence.

‘Developing the deal has been an example of cross-industry and government collaboration at its best’, said Anna Delvecchio, Commercial Account Director at Amey and RSG Sector Deal co-lead, on December 6. ‘It sets out a well-defined strategy to provide greater improvement to customers, using digital technologies and data as a catalyst to increase productivity and drive innovation.’

Darren Caplan, Chief Executive of the Railway Industry Association, said RIA members ‘played a significant part in helping to drive this deal forward, and we look forward to participating further to help implement the deal, particularly its sustainable procurement and Digital Railway pillars.’