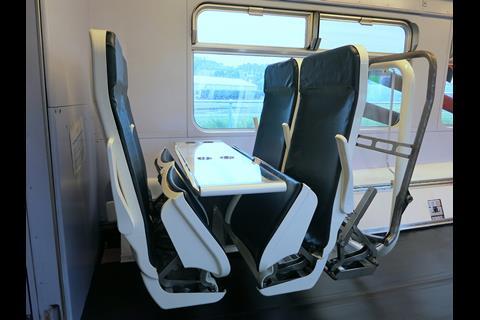 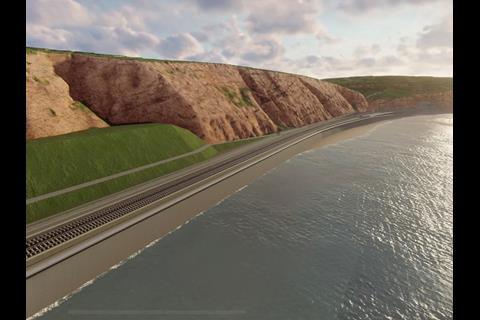 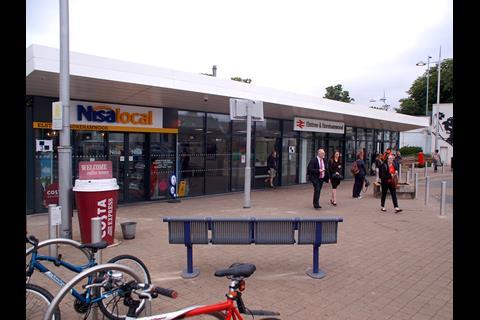 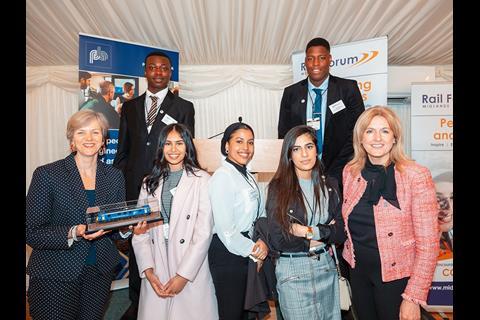 42 Technology has equipped Porterbrook’s Class 319 technology demonstrator EMU with its Adaptable Carriage seating system, which enables seats to be moved out of the way to create space for freight, bicycles or luggage. 42 Technology is finalising a second demonstration installation which will automatically reconfigure off-the-shelf rail-certified seats.

Network Rail has begun consultation on works to protect a 1·8 km section of the London – Plymouth main line on the sea wall between Parsons Tunnel near Holcombe and Teignmouth, which was closed for six weeks following a landslide in 2014. The proposals include land reclamation to enable the line to be moved away from the most hazardous sections of cliff, and a rock revetment or enhanced sea wall.

On June 6 the Department for Transport published for consultation 11 proposed refinements to the route of High Speed 2 Phase 2b from Birmingham to Leeds and Crewe to Manchester. These include proposals developed with Transport for the North for two junctions that could see the HS2 line into Manchester used as part of Northern Powerhouse Rail. The consultation also covers works on the existing network.

The Office of Rail & Road has authorised the use in passenger service of 19 TransPennine Express Class 802 Hitachi bimode units. There are series of restrictions similar to those applied to LNER’s Class 801 sets, including a requirement to prove automatic selective door opening, restrictions on the use of ETCS equipment, a maximum speed of 125 mile/h (200 km/h) and speed limits when operating in 10-car formation with more than one pantograph raised. TransPennine Express and Hitachi are also required to comply with a condition placed on LNER regarding the inter-car connecting cables which ORR says create ‘surfing and climbing risks‘.

On June 10 Greater Anglia introduced a Monday to Saturday service from London Liverpool Street to Southend Airport which departs at around 04.30 to connect with early flights. There is also an additional service leaving the airport at 23.59 Sunday to Friday.

Every station in Scotland except one now has real-time visual train information, following the installation of Infotec LED display screens at a further 36 rural stations. ScotRail is considering options for Dunrobin Castle.

Contractor HA Marks has completed a £1·5m extension of Elstree & Borehamwood station, which has doubled the size of the concourse and created space for another two ticket gates. The ticket office has been rebuilt so that queuing passengers do not block those passing through, and the toilets have been enlarged and an accessible toilet provided.

Porterbrook is to sponsor the 2019 iRail Grand Challenge competition organised by Rail Forum Midlands to encourage young people to consider careers in rail.

Transport Focus has published an analysis of public trust of train operators in 2017-18. 'There are some wide variations between train operators that keenly reflect the passenger experience', said Chief Executive Anthony Smith. 'Public trust in the railway is fragile but has never been more important. Building a good relationship with passengers will need to be a central part of any reform programme for the railway.'

The first Class 442 EMU returned to service with South Western Railway on June 10, operating between Southampton and London. ‘We will review the performance of the train in passenger service, with two further units due to enter service shortly, including on the Portsmouth line’, said a spokesman.