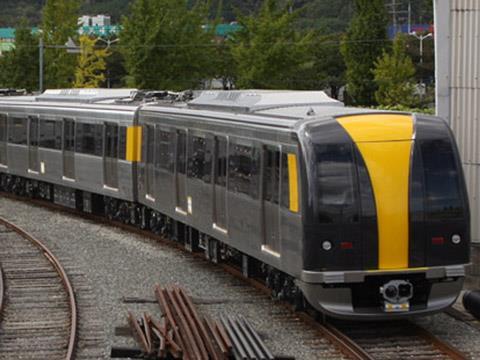 The Brazilian state of São Paulo has approved R$7·4bn in metro and rail investment for 2017 as part of a wider R$16·2bn transport infrastructure investment plan.

Moscow metro’s Brateyevo depot on Line 2 opened on January 15. The metro is to spend 16·8bn roubles on depot modernisation, including sites at Mitino, Planernoe and Vykhino.

The 1·8 km extension of Lyon metro Line B south from Stade de Gerland to Gare d’Oullins opened on December 11, crossing under the River Rhône in a 300 m tunnel.

An underground extension of Köln light rail Line 5 from Rathaus to Heumarkt opened on December 15. The three-level station designed by Ulrich Coersmeier features chrome, steel and glass construction with a domed roof, 14 escalators and two lifts.

Asian Development Bank is to provide a US$176m loan for Phase IB of Jaipur metro Line 1 and studies for a 23 km north–south Line 2. The loan will cover most of the US$259m construction cost of Phase IB, with the Rajasthan government funding the remainder. Work began in October on the 2·3 km extension from Chandpole to Badi Chopar; it is planned to open by March 2018.

Buses replaced tram-train services on route T4 in Paris between December 4 and January 8 owing to on-board radio communications being scrambled over 300 m of the route. Separately, tram-train services in Lyon and Nantes were suspended in December following a minor derailment in Lyon due to a broken axle.

Construction of a 2·4 km branch of the Toulouse tramway from Ancely to the airport with three stops has begun for completion in 2015.