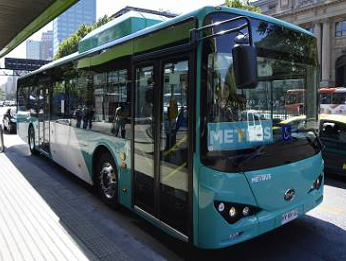 The buses are being supplied in collaboration with energy distributor ENEL and are due to begin arriving in late November. ENEL and BYD had already introduced two battery electric buses to Santiago in November 2017.

According to BYD, the electric buses can reduce operating costs by as much as 70% compared with diesel vehicles.