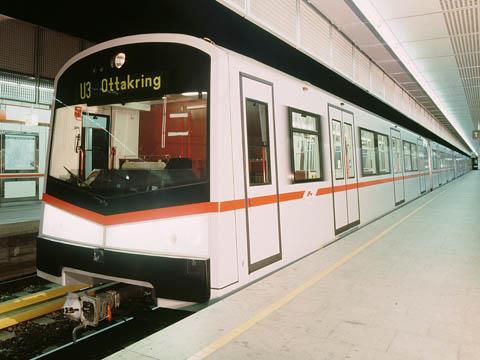 The latest order announced on September 25 is worth €191m. The Siemens and Elin EBG Traction share is valued at €153m and includes bodyshells, interior fittings and electrical equipment. The vehicles will be produced at Siemens' Wien plant.

Bombardier's share is worth €38m and includes air-conditioning units and other electrical equipment.

The Type V cars are slightly wider than the Type U vehicles they will replace. They are equipped for regenerative braking, and are intended to be 90% recyclable after a 40-year service life.