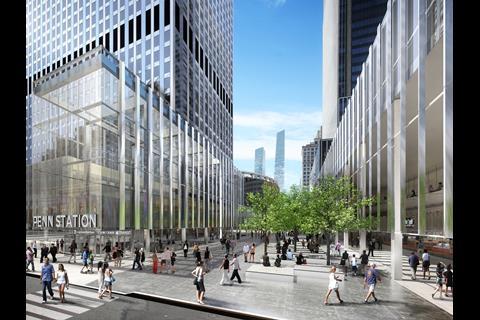 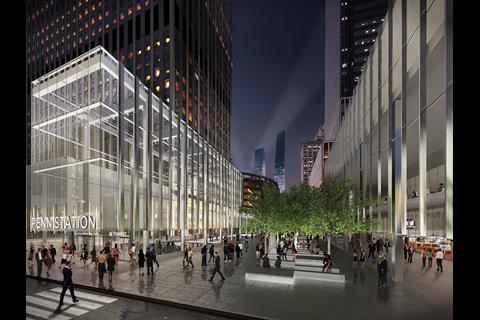 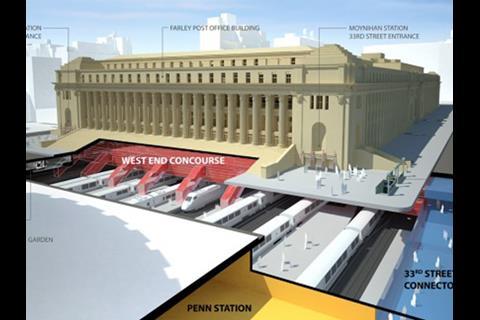 USA: Andrew Cuomo, Governor of New York State, lent renewed impetus to the redevelopment of Penn Station in New York City on January 6 by suggesting the $3bn project could be completed within three years. Overall space for passengers to circulate would be increased by 50%, creating a ‘holistic and interconnected world class station’ to be known as the Empire Station Complex.

Requests for proposals from developers were due to be issued by Amtrak and the state on January 7, with responses due within 90 days.

Various plans to refurbish the busiest passenger hub in the USA have been put forward over many years; indeed Cuomo’s father Mario had issued proposals when he was Governor in the 1980s. More recent plans developed by Amtrak and the Port Authority of New York & New Jersey envisaged conversion of the former Farley Post Office building, located across 8th Avenue from Penn Station, to serve as an additional waiting area and concourse for Amtrak passengers. A $147m contract to begin work there was awarded in May 2012.

Cuomo’s announcement takes this project forward under a public-private partnership. The majority of the cost would be borne by the private sector, with just $325m coming from ‘government sources’, including Amtrak, which owns the existing Penn Station; the Farley building is owned by the state. Private investors would earn a return on revenue driven by the extensive commercial and retail opportunities.

Today Penn Station handles around 650 000 passengers, far in excess of a design capacity of 200 000 when the current concourse arrangement was laid out in the 1960s. This saw the original buildings and façade demolished to create room for the Madison Square Garden arena to sit over the station.

A priority for the latest refurbishment is to ensure natural light can penetrate down to concourse and platform level. Other objectives include widening of existing corridors, reconfiguring existing ticket offices, improving access to and from street level and simplifying navigation around the station, which is served by NJ Transit and MTA Long Island Rail Road commuter rail services and six Subway lines as well as Amtrak’s long-distance trains.

The refurbished Penn concourse would be linked by a series of corridors, lifts and elevators to the Farley building. Preparatory works on the Farley site have already begun, with the lower concourse and walking routes to the Subway due for completion later this year. Cuomo also reported that state and federal environmental approval had already been secured for the rest of the work on the building. It is envisaged that the Farley extension would open before work starts to refurbish Penn itself in order to minimise disruption.