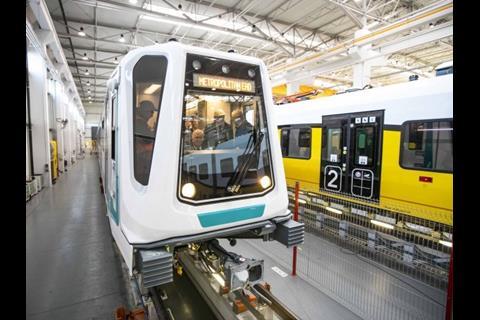 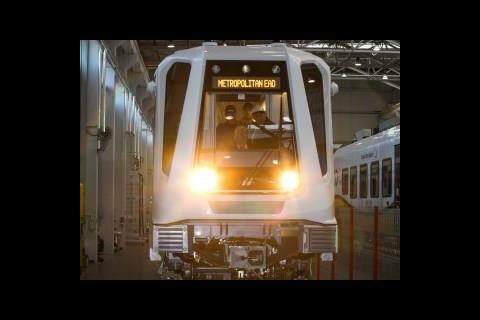 BULGARIA: The first metro train for Sofia metro Line 3 is nearing completion in Newag’s Nowy Sącz factory, where it was presented to officials from Sofia Metropoliten on November 15.

In September 2015 a consortium of Siemens and Newag was awarded a €140m contract to supply rolling stock and signalling for the 8 km, eight-station first phase of the east-west line, which is due to open in 2019. The order is being 70% funded by the EU.

Deliveries of the 20 three-car sets are due to be completed by the end of September 2018, and the contract includes an option for 10 more. Based on Siemens’ Inspiro trains that are operating in Warszawa, the vehicles will have car bodies supplied from Siemens’ Wien plant and bogies from Graz. Final assembly and static testing is taking place at Newag’s plant, and the Polish supplier will be responsible for servicing during the warranty period.

The trains are being built with driver’s cabs, although the line will be equipped for GoA3 automated operation. They will be fitted with pantographs and equipped with air-conditioning.