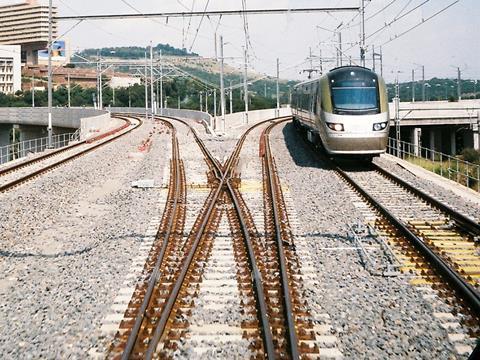 SOUTH AFRICA: Outline plans to extend Gautrain to serve more of the Gauteng region have been drawn up as part of an assessment of the project’s economic and social impact. About R110bn could be allocated for construction of extensions and 19 new stations, plus R24∙4bn on improvements to the existing network.

Executive Member of Gauteng responsible for Roads and Transport Jacob Mamabolo told The Saturday Star on July 20 that ‘a modern and efficient public transport system such as Gautrain has had a positive impact on the provincial economy, alleviated traffic congestion and rejuvenated inner cities such as Johannesburg and Tshwane. It has created jobs and helped to re-establish the rail sector in our Province’,

Earlier, on July 15, Mamabolo had given details of an assessment of the impact of Gautrain conducted by consultants Hatch, noting that the project had achieved its objective of contributing to the growth of the Gauteng economy.

Mamabolo noted that Gautrain had transformed commuting behaviour and that around 98 million trips had been made since services began in 2010. Each trip had contributed R78 to the economy thanks to an average time saving of 22 min worth R69, a reduction in fatal accidents valued at R5, and savings in CO2 emissions worth R4.

Gautrain had also helped to attract investment to the region with 59% of all office development activity in major Gauteng nodes located around Gautrain stations.