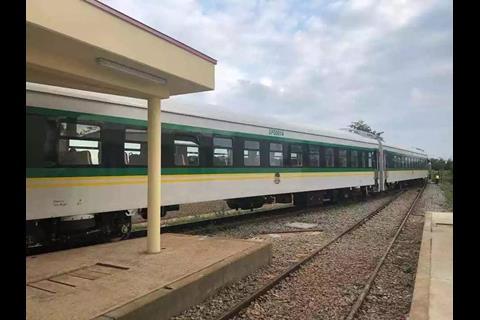 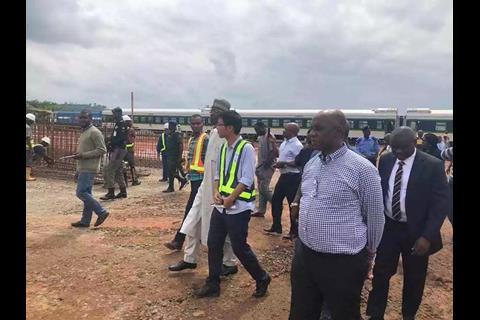 The announcement followed his inspection of the railway on April 11. Instructing NRC to publish fares for the line, Amaechi said ‘commercial activities should resume fully’. The trains are expected to serve 12 stations along the 327 km route.

The line has been developed in phases since 1987, with the 55 km northern section in Kogi state originally built to move iron ore from mines around Itakpe to the steelworks at Ajaokuta on the River Niger. Work subsequently began to extend the line south through Edo and Delta states to the port of Warri as the first stage of the country’s planned central railway corridor, but the project was left unfinished for many years before construction resumed.

Accepting that ‘unfortunately, Itakpe is in the middle of nowhere’, the minister said a road feeder service would be needed to transfer passengers to and from nearby towns. ‘The track was initially built for iron ore but we asked them to include passenger services because we intend to use it as a central line.

‘What we are doing now is to take people from the south to the north, but there is need to get them to Lokoja’. NRC has been instructed to develop park-and-ride facilities for bus and car connections which would also serve the federal capital district in Abuja, around 200 km north of Lokoja.

According to Amaechi, the government is already studying proposals to extend the railway by around 50 km from Itakpe to Lokoja. Continuing the route to Abuja is provisionally costed at US$3bn. ‘If you connect it to Abuja, the number of passengers would increase’, he told local media. Extending the isolated route to the capital would link it to the Chinese-built Abuja – Kaduna line opened in 2016, while the planned east-west line from Lagos to Calabar would connect with it at Agbar, around 100 km north of Warri.