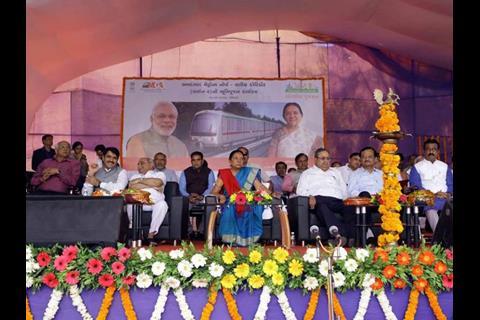 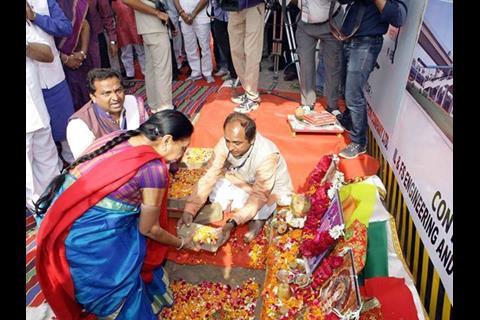 The 17·2 km north-south Line 2 will connect Motera Stadium in the north with APMC in the south via an elevated alignment with 15 stations. The depot would be at Gyaspur, beyond the southern terminus.

In December IL&FS Engineering Services was awarded a Rs3·74bn civils contract to build the southern section between the depot and Shreyas, with four stations; work is due to be completed in 120 weeks.

On January 15 project promoter Metro-Link Express for Gandhinagar & Ahmedabad called tenders for the supply of 32 three-car trainsets to operate Phase I of the metro network. Bids are to be opened on April 18, and the order is to be financed through a Rs59·68bn JICA loan.

Formed in 2010, MEGA is a special purpose vehicle of the governments of India and Gujarat. It is currently working on Phase I, which envisages two 1 435 mm gauge lines that will intersect at Old High Court station. The total project cost is put at around Rs110bn.

The foundation stone for east-west Line 1 was laid in March 2015. Running from Vastral Gaam in the east to Thaltej Gaam in the west, this 20·5 km route would have 6 km and four stations underground, with the remaining 13 stations to be elevated.

In early 2015 J Kumar Infraprojects won a Rs2·78bn contract to construct a 6 km elevated section of Line 1 between Vastral Gam and Apparel Park, where the Line 1 depot is to be built.