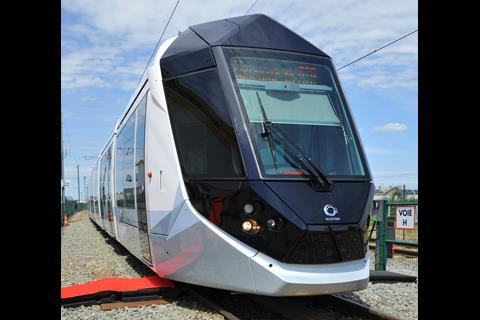 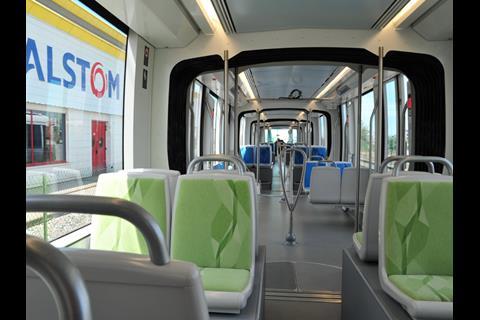 UAE: The first of 11 Citadis 402 trams being built for Dubai's Al Sufouh tramway was formally presented to Mattar Al Tayer, Chairman of the Road & Transport Authority, during a visit to Alstom Transport's La Rochelle plant in France on June 14.

The 14·7 km tramway equipped with the APS II catenary-free power supply system is now scheduled to open in 2014. It will run along Al Sufouh Road connecting destinations including the Burj Al Arab Hotel, Dubai Media City and Dubai Marina.

Alstom said the trams are designed to offer 'high-end comfort', and the Citadis design has been tropicalised to cope with Dubai's high temperatures, humidity and sandy and corrosive atmosphere. The cars are 44 m long, with real-time passenger information and a total capacity of 408 passengers in gold, silver, and women & children areas. The distinctive diamond-shaped styling of the front end is inspired the futuristic architecture of the city.

A version of Alstom's Urbalis CBTC originally developed for metro use is being adapted to provide speed control and road crossing protection, and to ensure precise alignment with platform screen doors which are to be fitted at the 11 air-conditioned stops.