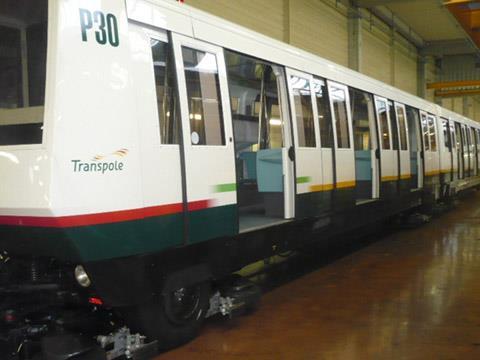 FRANCE: Alstom has been named as preferred bidder for a €250m contract to modernise metro Line 1 in Lille and supply a fleet of 27 Metropolis rubber-tyred trains. Alstom says the project will double capacity, increase operational flexibility, cut maintenance costs and reduce energy consumption by 20%.

The new trains to be built in Valenciennes are being designed to carry up to 545 passengers. They will be double the length of the existing fleet, with wide gangways between cars. They will offer a 'warm, bright environment with larger windows', and be equipped with electronic passenger information displays and multimedia screens, as well as CCTV transmitting real-time images to the control centre.

Alstom will also supply Urbalis signalling to replace the current train control technology, which dates from the opening of the line in 1983.

Announcing the deal on May 11, Alstom said it expects to sign the contract in June. The new systems will come into service progressively from 2015, and the project is scheduled for completion in 2017.