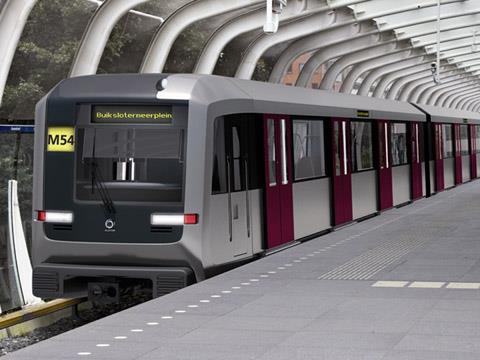 NETHERLANDS: Alstom Transport is to supply Amsterdam with 23 metro trainsets under a €200m contract announced on February 19. There are options for further trainsets for the future North-South Line.

The Metropolis trainsets will be produced at Alstom's Valenciennes and Katowice plants for delivery from early 2012 and entry into service by the end of that year.

The six-car sets will be 116 m long, with large doors and wide gangways between the coaches to give a total capacity of 960 passengers per train, with 174 seated.

The interior lighting will be entirely by LED, and the trains will be prepared for future driverless operation.