A boost for Russian trams? 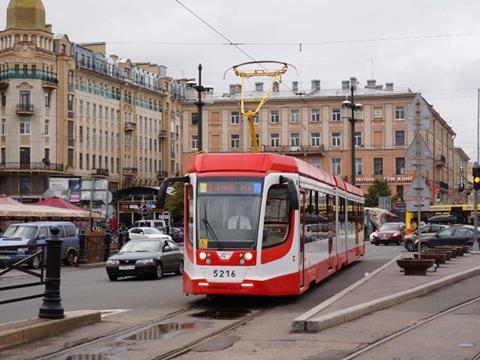 The federal subsidy programme for Russian tram and trolleybus manufacturers is coming to an end. But how much of an effect has it had?

The end of 2016 marks the end of a 1bn rouble project to support the Russian tram and trolleybus manufacturing sector that took effect in August. With the current measures set to expire very shortly, it is far from clear that the industry or operators will fully realise even these modest benefits.

At the beginning of 2016 a group of experts, including the Inter-State City Electric Transport Enterprises’ Association and the Union of Electric Transport Employers, initiated a petition requesting urgent measures to help the declining urban electric transport sector. The petition gained over 2 000 signatures, resulting in public hearings from April. Then on August 18 Prime Minister Dmitry Medvedev signed a decree giving federal funding to manufacturers that offsets discounts given to customers. The intention was to encourage more purchases in an environment where funds are often lacking. The scheme should not be confused with a separate decree that made available subsidies to freight wagon producers totalling 7bn roubles.

Under the urban transport decree, the state agreed to refund fixed sums based on vehicle type: 8m roubles per single-section tram, 15m roubles for a 100% low-floor articulated tram, 5m roubles for a ‘standard’ trolleybus and 7·5m roubles for a trolleybus capable of autonomous running for at least 15 km, excluding those equipped with diesel engines. Based on current prices, this means that buyers would be able to save more than one-third of the cost of a single-section tram and about one-quarter of an articulated tram.

Manufacturers eligible for the subsidies had to have been operational for at least two years and based in the Eurasian Economic Space, which comprises Russia, Belarus, Kazakhstan, Kyrgyzstan and Armenia. Furthermore, they must have basic model design copyrights, offer a guarantee of at least one year and produce rolling stock that meets accessibility requirements for disabled passengers. Subsidies were only to be valid for vehicles produced in 2016.

Complete localisation was not required, but most of the principal components had to be either produced or assembled within the EES. Specifically, the following had to originate from inside the EES:

Kazan transport authority Metroelektrotrans became the first beneficiary with its purchase of 12 single-section KTM-23 trams from UKVZ worth 270m roubles, thus saving 96m roubles on the total order. In September Samara announced that it had selected UKVZ for the supply of 10 articulated trams at 65m roubles each, or 98·8m roubles when leasing annuity payments are taken into account.

Experts initially thought that, like Kazan and Samara, other potential beneficiaries were likely to be hosts for the 2018 FIFA World Cup. However, developments proved this supposition wrong.

Khabarovsk purchased three trams rather than its ‘traditional’ two with the help of another programme, and Salavat plans to spend 100m roubles on trams until the end of 2016. Although a tender for 30 single-section trams for Nizhny Tagil has been postponed until January because of an absence of bidders, there is still a small chance that this order would be subject to the discount.

Nevertheless, even after the discounts are taken into account, the cost of purchasing new vehicles could still be too high for many cities. Neither are all manufacturers likely to benefit. Belkommunmash was offering to refurbish old trams in Naberezhnye Chelny at 14m roubles per vehicle, whereas the discount programme makes it possible to procure new trams for 12m roubles each instead of the undiscounted price of 20m roubles.

Moscow and St Petersburg did not participate in the programme with their most recent tram purchases: 19 UKVZ vehicles for St Petersburg and 300 three-section trams from a Metrowagonmash-PK Transportnye Systemy consortium for Moscow. The arrival of the Vityaz trams in the capital will see more of the city’s older vehicles leaving for other networks. Novosibirsk, Omsk, Orsk, Tomsk, Tula and Tver have already received well-maintained KTM-8 trams from Moscow dating from the 1990s.

The subsidies are clearly important, but by themselves they would not be of much help to most transport networks. Although ageing rolling stock was listed as the primary factor in the decline of electric public transport in Russia, most networks have track in a poor state of repair and archaic traffic priority layouts. These factors have a more significant impact than the so-called technical rolling stock problems.

Both modern economic history and current legislation are to blame. The overwhelming majority of public transport networks in Russia are operated by municipalities. A law from 2003 obliges them to maintain and develop road infrastructure, while public transport is subject only to ‘creating and supporting its ability to operate’. Against this background, it is not surprising that five tram and two trolleybus networks have been closed since 2003, with two more shrunk to just a single route.

Meanwhile the largest systems in the wealthiest cities have already gone back to investing in trams without federal support. Other cities, like Krasnodar and Magnitogorsk, have become so good at refurbishing old vehicles in their own facilities that even trams intended for a short life, such as the KTM-5M3, have been treated to cost-effective multi-year life extensions. The same approach also applies to trolleybuses.

The federal fleet renovation programme, although far-reaching, should therefore be considered only one part of a broader set of actions needed to revitalise the industry.