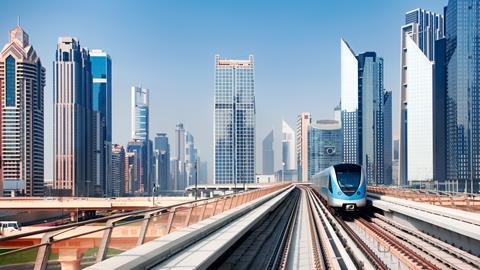 The role of urban rail is changing with the market. Automation and connectivity look set to disrupt the traditional modes of public transport provision.

Yves Amsler is Senior Advisor at UITP and and UITP’s third party on various Shift2Rail research projects, notably IT2RAIL and GOFAR in IP4. He has co-ordinated the public transport industry’s Spectrum User Group since 2010.

Transport is changing. And urban transport, both rail and road, is changing faster and more profoundly than we have ever seen before. Global trends such as urbanisation, technical innovation and the imperatives of tackling climate change are combining to transform the services offered to city dwellers, the way in which transport networks are organised and operated, and the kinds of vehicles that are needed.

Past experience has shown how the emergence of new technologies has shaped the evolution of railways over time, improving the productivity, attractiveness and sustainability of the rail mode. Today, factors such as electrification, automation and the connectivity of people and systems are leading to new concepts of shared mobility, such as Mobility as a Service.

If urban rail modes from metros and suburban railways to trams and light rail are to remain attractive, their role must be clarified. Rail should be the backbone of urban transport networks around which all other modes are articulated. But it will be imperative for rail to offer commercial speeds and capacity that are clearly superior to road alternatives, along with very high levels of reliability, both to justify this priority and to minimise passenger exchange and transfer times.

Electrification as the norm

Electric traction has been a reality in urban rail for a very long time, but now it is set to become the norm. The ability for electric buses to operate without fixed infrastructure has seen off prospects for new trolleybus networks and helped to push the development of catenary-free trams.

However, the electrification of other modes still presents opportunities for rail. Recharging facilities in the city will become increasingly important, as private vehicles, from bicycles to cars, will need access to energy when parked away from their usual base. Railway substations could thus become the anchor points of urban ‘electromobility’, particularly if they can be integrated into multimodal interchanges where the feeder modes connect with rail-based trunk routes.

Radical changes to the structure of operating costs will make energy consumption a much more important parameter in the economic comparison between modes, as well as influencing vehicle design. In order to improve off-peak frequencies while saving energy, it will be necessary to adjust train lengths by automatic coupling and uncoupling, for example.

Automation looks set to trigger the most profound upheavals in the provision of public transport. Eliminating drivers will reduce operating costs considerably, as staffing is by far the most expensive element today. That will inevitably pose challenges for operators, authorities and unions, and we can be sure that the transition will not be straightforward.

In terms of surface transport, automation will enable ultra-precise guidance of vehicles, which will minimise the physical width of bus lanes and reduce the relative advantage of trams and light rail. It may also facilitate the operation of road vehicles longer than the current permitted maximum of 24·5 m. Conversely, smaller and more flexible autonomous vehicles may enable the economical provision of public transport at off-peak times. Once again, the relative advantage of rail over bus will decrease.

Public transport providers will have to adapt the way in which they organise their operations. Conventional regular services will increasingly be limited to the densest city areas and peak times, while flexible ‘on-demand’ modes will become more common in the outskirts of cities and at quieter times.

The maintenance regime will also change, thanks to continuous monitoring and early detection of equipment failures. Vehicles are already being inspected automatically when they enter or leave a depot.

The near universalisation of personal connectivity is opening up new perspectives. Connected urban dwellers are already modifying their consumption of transport, favouring the emerging new providers of on-demand services, both private and shared.

Internet-enabled individual-use (but perhaps no longer ‘private’) vehicles will become more comfortable and easy to use for all types of short and long journeys. Meanwhile, MaaS will facilitate the shared use of vehicles, building on the concepts of carpooling, car- or bike-sharing.

The current reference is Uber, which was initially created to provide individual passenger transport and has now diversified into other services such as home delivery as well as shared services such as Uberpool. Today, private MaaS providers are often seen as benefiting from unfair competition with public transport. But lower operating costs thanks to automation should ensure a more secure role for public transport as part of a global approach to urban mobility.

Taking a leaf from the Uber playbook, automated public transport could be used for freight, from the delivery in passenger vehicles of packages ordered online to the deployment of dedicated vehicles such as a ‘cargo-tram’ or ‘cargo-bus’.

The regulation of MaaS and its co-ordination with transport provided under public service obligations remain to be clarified. The concept raises many other questions, too, notably around the safety of individuals and the protection of individual rights. There will undoubtedly be new responsibilities for organising authorities.

The long-term effects of new transport models on the development of cities and the distribution of activities are uncertain, but they will inevitably have a significant impact on public transport and rail networks.

In dense urban areas, the main challenge will still be to optimise the use of space for the movement and parking of vehicles.

When it comes to individual or small group modes, how should we regulate the stopping of vehicles so as not to re-create the widespread congestion caused by ‘informal transport’ in many emerging cities today? How should feeder services to urban and suburban stations be best organised? And where should spare vehicles be parked when they are not in use?

For collective modes, notably railways, managing passenger flows at stations will be essential to minimise dwell times, ensure high commercial speeds and guarantee service regularity. Could we take advantage of automation by adding passing facilities at some stations to enable the operation of direct or semi-fast services in addition to the all-station services that predominate on metros today? That could provide faster connections between major hubs on long routes or better serve lines with unbalanced traffic volumes. Skipping stops need not penalise travellers if the frequency is high enough. Overtaking tracks could also help to support the operation of cargo-carrying trams or trains.

An increasingly important question for all modes will be how best to serve passengers with reduced mobility in the absence of a driver or attendant. And what about travellers with luggage?

Another factor will be managing flows of passengers making connections, either because major flows in dense areas require the management of physical spaces, or because some form of temporal co-ordination is needed between the trunk modes and feeder services at interchanges.

Operators must also address fare structures and the sale and validation of contactless ‘tickets’ for different categories of users. This leads on to what relationship they should establish with connected travellers, through social networking and transactions, and what services should be offered to customers on board vehicles. And how do we exploit those customer relationships in the event of any operating incident?

Public transport operators are used to arguing for physical priority in relation to other traffic, and must continue to campaign for dedicated rights-of-way where appropriate. But they must also recognise that telecommunications is the new space where they need to fight for priority, as has already been recognised by automated metros. This should be justified by the fact that a tram or bus has a passenger capacity many times greater than a private vehicle.

On behalf of the public transport sector, UITP has already started to tackle this specific challenge that has been widely misunderstood. An increasingly connected society requires the bandwidth to support automation and other data transfer for both operator and passengers. The allocation of new frequency bands is currently the subject of complex and difficult negotiations between all potential users and the responsible authorities at national, European and global levels.

The safe operation of driverless metro trains to date has mostly been achieved using communication-based train control. CBTC relies on frequencies in the 5·9 GHz spectrum reserved for that purpose by national regulators. However, the automotive sector has now requested access to the 5 875 to 5 905 MHz frequency band, which has been prioritised at European level for ‘safety-related applications’. The CBTC community is having a difficult time securing priority use for automated metros over individual modes, as all are now regarded as Intelligent Transport Systems.

Today, trams, light rail and buses are largely managed without resorting to metro-type automation, but when all road vehicles are fully automated they will need similar priority over general traffic. However, nothing has been proposed to safeguard the needs of public transport operators, and it seems that in the future there will have to be more sharing of frequencies.

At the same time, the connectivity needs of passengers will increase exponentially in the coming years. Passenger data exchanges will compete for transmission capacity with system-specific data flows, verbal communications between operating staff as well as things like CCTV security feeds. This must all be done without degrading quality or safety. And operators will have to consider the impact on vehicle design and energy consumption of providing all the onboard facilities demanded by passengers.