Safeguarding the competitiveness of light rail 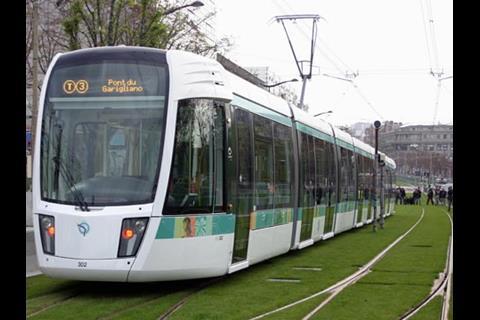 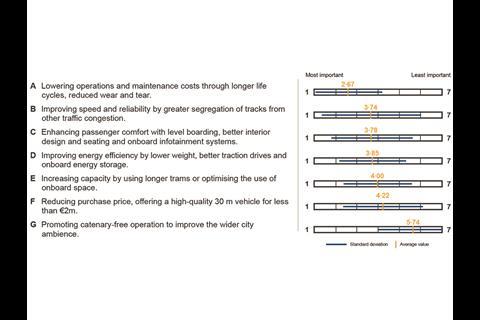 show caption
With the rise of non-rail ‘electro-mobility’ and new approaches to urban transport such as car sharing and taxi apps, light rail and trams are facing increased competition. Where should the rail supply industry put its focus to ensure the attractiveness and competitiveness of light rail vehicles?

Over the past 30 or 40 years, many cities around the world have invested in trams and light rail, reviving interest in a mode of urban public transport that was very popular in the first half of the 20th century.

Trams had fallen out of favour after World War II in the face of increasing use of private cars and concerns over their perceived lack of flexibility. But with increased focus on the ‘liveability’ of modern cities, new or revived tram and light rail networks have opened in many places, with local authorities citing their high capacity and environmental benefits compared to buses.

Offering a balance between capacity and costs, light rail has helped to reduce car use, complementing metro lines on orbital routes in both city centres and their less-dense outskirts. A UITP study showed that the opening of route T3 in Paris contributed to a decrease of 25% in car use on the route. More recently, mega-cities in China and Africa have begun to adopt light rail as a way of augmenting their heavy metro and commuter rail networks.

Today, passenger demands for on-the-spot mobility and the rise of electric cars and buses are once again posing the question whether trams and light rail can remain competitive in the future.

Although tram and light rail infrastructure is less expensive to to build and maintain than metros, they remain costly and cannot offer the same flexibility to match demand as buses or car sharing. The vehicles are also expensive, perhaps encouraging cities with budgets under pressure to consider less costly options.

So what can the railway supply industry do to keep trams on the agenda of many cities and ensure their continued competitiveness? We asked our panel of experts about their priorities for the future development of trams and LRVs.

Interestingly, the respondents focused on the arguments that are key for tomorrow’s mobility and not simply fixing yesterday’s weaknesses.

Fig 1 shows that the clear priority is to lower operating and maintenance costs through longer life cycles and reduced wear and tear. This would help public transport operators to ensure that their tram and light rail services are competitive with other transport modes.

But when it came to defining the second criteria, there were differing views; three options all received similar support, with the margins between them being very small.

In a world where speed is of the essence, many respondents supported greater segregation of tracks on new and existing lines, in order to improve speed and reliability and ensure that light rail can help to solve traffic congestion as efficiently as possible. However, this approach is clearly controversial, as it had the highest standard deviation.

In third place was the need to enhance passenger comfort, with lower entrance heights, better interior design and seating, as well as on-board information and entertainment systems to meet the demands of an ‘ever-connected’ generation. The recent tender for new trams in Wien saw fierce competition based on improvements for passengers. Other respondents favoured improvement in energy efficiency through lower weight and better energy management. This would have a direct impact on operating costs.

Our experts felt that increasing capacity was not at the top of the agenda for future developments. A growing number of cities are now operating 40 m long seven-section cars, while Buda­pest even has nine-section vehicles of more than 50 m. Similarly, given the cost competition seen in recent years, purchase price ranked relatively low.

More surprisingly, given the substantial attention and investment in research and development over the past decade, our panel reached a consensus that promoting catenary-free operations to improve city ambience should be the lowest priority for the tram industry.

Our panel clearly believes that improvements in both cost and performance (speed as well as comfort) are the key levers to keep trams and LRVs competitive with new mobility offers. Their ranking suggests that the greatest room for improvement is in lowering operating costs over the life of the vehicle, rather than the initial purchase price. But these are only a few of the prerequisites to ensure that trams and LRVs can effectively play an integral role in urban mobility for 21st century cities.

Unife Director-General Philippe Citroën feels that ‘urban policies, planning and financial instruments should encourage sustainable modes of transport, such as light rail, metros and commuter trains. In addition to the clear environmental benefits of electric transport, urban rail contributes to easing congestion, bringing positive impacts in terms of quality of life and productivity, as well as energy security.’