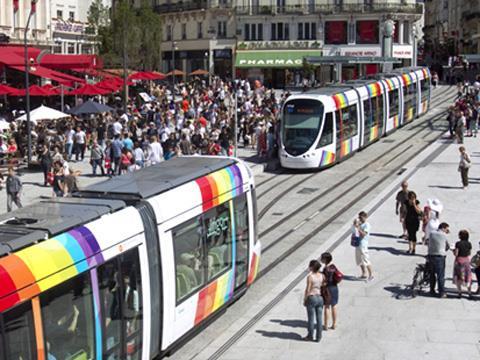 Festivities continued throughout the day and into the night along the 12 km Line A from Avrillé to Roseraie, despite demonstrations by drivers employed by the network's operator, Keolis.

In his opening speech, Antonini stressed the employment benefits of the new line, which had created 1 000 jobs during the construction phase. New jobs had also been created at Keolis, he noted.

Services on Line A and the restructured bus network are free until July 3. Running from Avrillé-Ardenne in the north to Angers-Roseraie in the south via the city centre, the route serves a total of 25 stops and is operated with 17 Alstom Citadis 302 trams, equipped with the APS ground-level current collection system which has been installed on two sections of the route totalling 1·5 km.