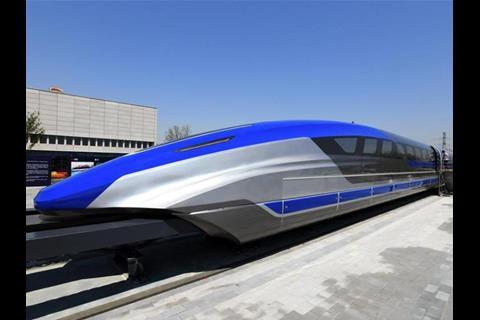 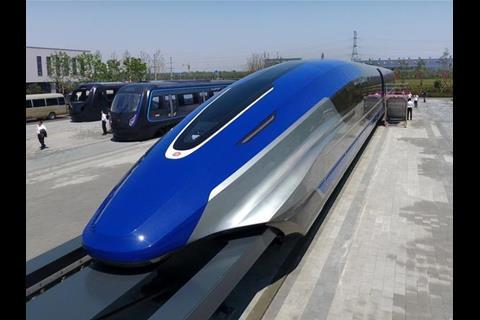 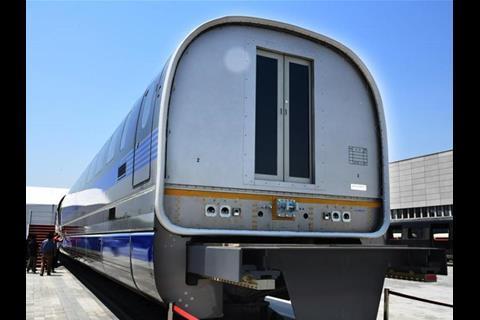 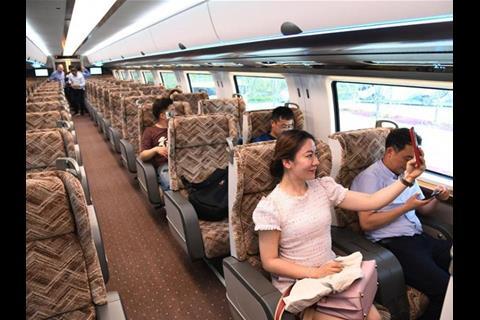 CHINA: Two prototype vehicles intended to support research into a 600 km/h maglev system were unveiled by CRRC Qingdao Sifang on May 23.

The 53 m long locally-developed prototype comprises a driving car and an intermediate vehicle. It has been built as part of a five-year maglev development programme announced by the Ministry of Science & Technology in 2016. Led by CRRC Qingdao Sifang, the project has a total budget of 3·2bn yuan, of which the government committed 433m yuan and the remainder is to be raised by CRRC Group.

The programme includes the construction of a 5 km test track in the Qingdao area by 2021, facilitating research into vehicle design, guideway, communications and power supply technologies. Work on the test centre is already underway, and the first facilities are expected to be ready by the end of this year.

According to CRRC Qingdao Sifang’s Deputy Chief Engineer Ding Sansan, who is heading up the maglev research and development team, the prototype has already achieved ‘static levitation’. It will be used ‘to optimise the key technologies and core system components for the high speed maglev system, and form the technological basis for the forthcoming engineering prototype’, she explained.

The five-car engineering prototype trainset is scheduled to roll off the production line in 2020. It will then be put through a comprehensive testing programme, with the integration and verification stages due to be completed in 2021.

China has already developed a low-speed maglev line, which is operating in commercial service as a feeder to the Beijing metro network. As part of the government-initiated programme, CRRC Zhuzhou Electric Corp is leading research into a ‘medium speed’ variant suitable for 200 km/h applications.