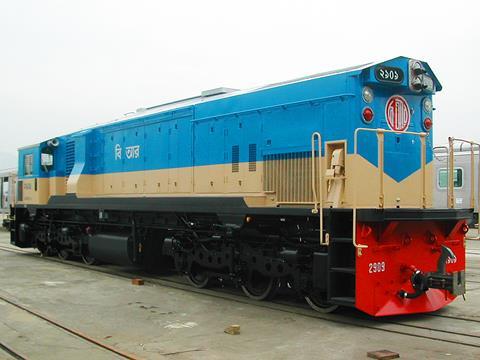 BANGLADESH: Hyundai Rotem has been awarded a contract to supply a further 20 diesel–electric locomotives to Bangladesh Railway.

The US$80m order signed on February 20 is being supported by the Export-Import Bank of Korea. The 100 km/h metre-gauge mixed-traffic locomotives with air-conditioned cabs are to be produced at Changwon in South Korea for delivery from 2021.

The latest order follows on from a 41bn won contract for 10 locomotives which was signed last May, and a US$239m order for a further 70 locos agreed in October 2018.

In January this year BR awarded EMD’s current owner Progress Rail a US$135m contract to supply 40 diesel locomotives from the USA for use on its 1 676 mm gauge routes.