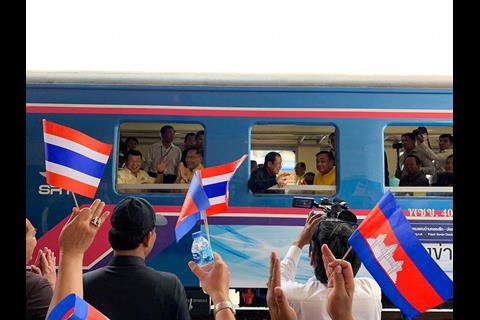 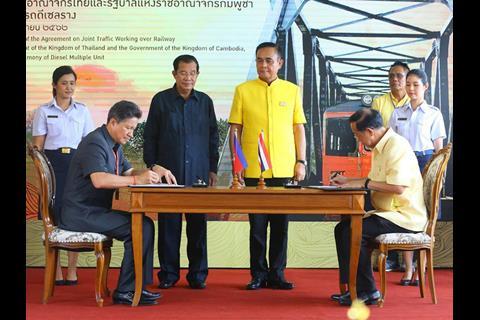 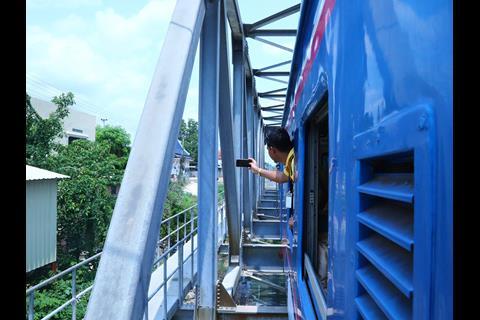 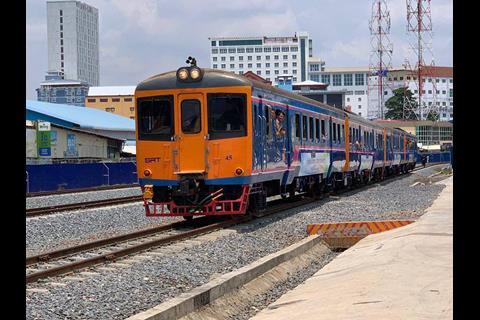 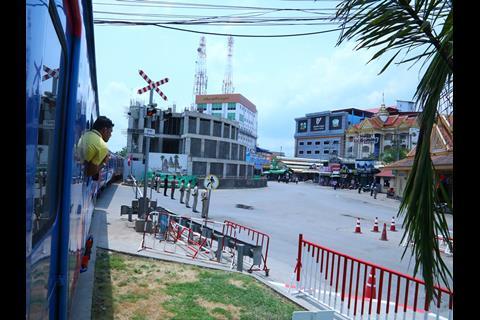 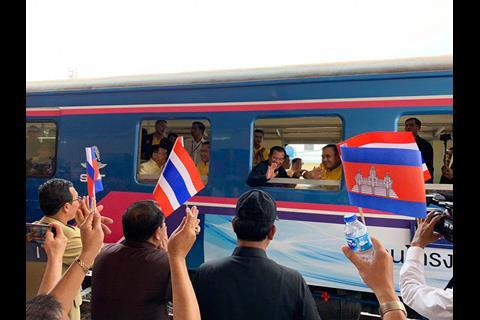 An agreement regulating the operation of international rail services was signed by the two governments as part of the event. Thailand also handed over a four-car Hitachi diesel multiple-unit with a capacity of 320 passengers which Cambodia’s Royal Railway will use on cross-border shuttle services, and has already provided staff training.

Cambodia’s Ministry of Public Works & Transport said the international link supported the government’s strategic plan to develop the rail network as a national transport backbone, offering a cheap and safe means of transport which would contribute to economic development and improve connectivity across Southeast Asia.

The final section of a 386 km route connecting Phnom Phen to the Thai rail network was completed in 1942, but services on the 48 km from Sisophon to the Thai border ended around 1973 after the line was damaged by fighting. The rest of the route also fell into disrepair.

In 2009 the Asian Development Bank agreed to fund works to rehabilitate Cambodia’s metre gauge rail network. A groundbreaking ceremony for the construction of a 42 km line on a new alignment between Sisophon and Poipet was held on July 25 2014, and on October 30 2014 the Cambodian and Thai governments signed a memorandum of understanding to reconnect the two national railways.

This required the construction 6 km of line from Poipet to reach the State Railway of Thailand network at Aranyaphrathet.

The Poipet – Sisophon route opened on April 4 2018, followed by the reinstated 69 km from Sisophon to Battambang on April 29 and the 107 km continuation to Pursat on May 29, completing the revival of the route to Phnom Penh. The cross-border connection was also completed last year, but initially remained unused.