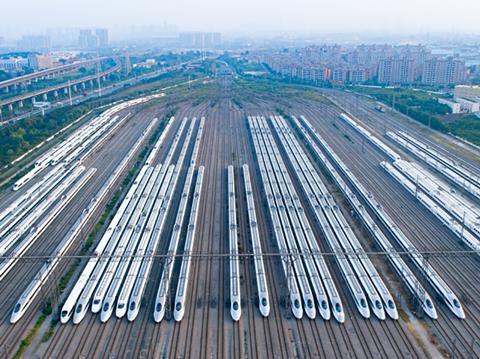 China Railway is a solely state-owned enterprise with registered capital of 1·74tr yuan, established in accordance with company law. Its responsibilities include railway construction, operation, control and safety, allocation of network capacity and other public obligations as specified by national regulations.

Announcing the change, China Railway said the reforms were designed to promote law-based, market-oriented operations, and support innovation as the organisation changes from a ‘traditional transport production enterprise’ into a ‘modern transport operation enterprise’.

China Railway Corp was formed in 2013, taking over operating and construction activities from the Ministry of Railways, which was abolished. A reform programme underway since 2017 had ‘laid a solid foundation and created favourable conditions for deepening the corporate system reform’, China Railway said.

There is no board of shareholders, instead the Ministry of Finance performs these duties on behalf of the State Council. There is a board of directors and a management team, and, under the articles of Constitution of the Communist Party of China, a Party Leadership Group has been established ‘so that the Party’s overall leadership over the state-owned enterprise can be adhered to and strengthened’. Trade union and Communist Youth League organisations have also been established within China Railway.