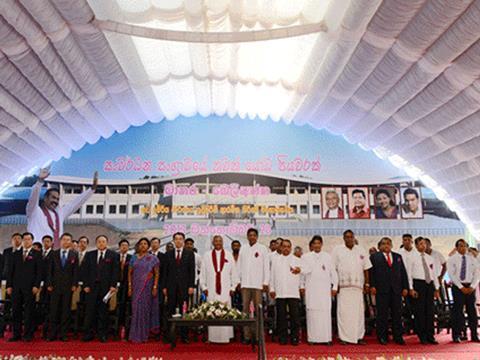 SRI LANKA: A groundbreaking ceremony at Beliatta on October 28 launched construction of the 26·8 km first phase of the 115 km Southern Railway project. The extension of the line from Matara to serve Kekanadura, Babarenda, Wavurukannala and Beliatta is scheduled to open in 2016.

The 1 676 mm gauge single-track alignment will be designed for diesel trains operating at speeds up to 120 km/h, and include a 600 m tunnel at Kekanadura which will be the longest in the country.

The US$272m project is being financed through an Export-Import Bank of China loan to the Ministry of Transport which was agreed last year. Construction is being undertaken through a design and build contract, with China National Machinery Import & Export Corp as general contractor and design subcontracted to a consortium of Parsons Brinckerhoff and China Railway Fifth Survey & Design Institute.

'We are thankful for the Chinese government that has enabled us to do these large-scale infrastructure projects', Speaker of Parliament Chamal Rajapaksa said at the groundbreaking ceremony. 'Without their help these would not be possible.'

A second phase of the Southern Railway project will extend the line from Beliatta to Hambantota, and the third phase will run to Kataragama.