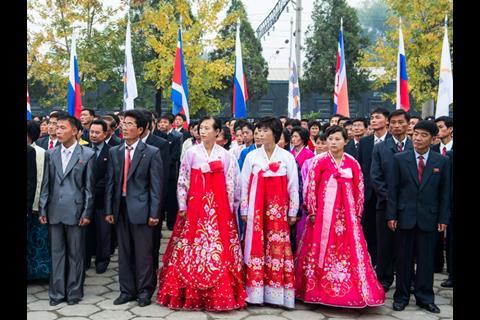 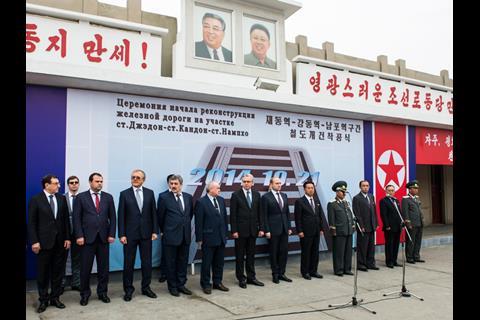 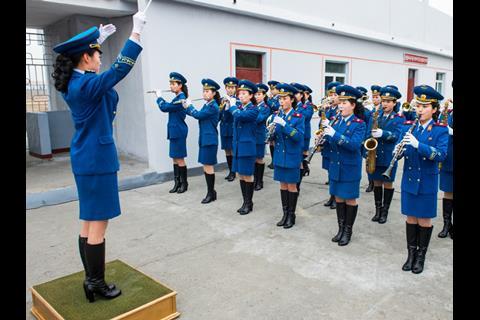 NORTH KOREA: A ground-breaking ceremony for the ‘Victory’ project to modernise the railway linking the west coast port of Namp’o with Pyongyang, Kangdong and the Jaedong coalfields was held on October 21.

The Victory route modernisation is intended to form the first stage of a larger-scale co-operation and development project which would be carried out with the support of Russian organisations including construction company Mostovik. This would run for 20 years and cover around 3 500 km of the rail network, around two-thirds of the total, and include the construction of a north–south freight bypass around Pyongyang. The US$25bn cost would be funded through the supply of coal, rare earth and non-ferrous resources to Russia.