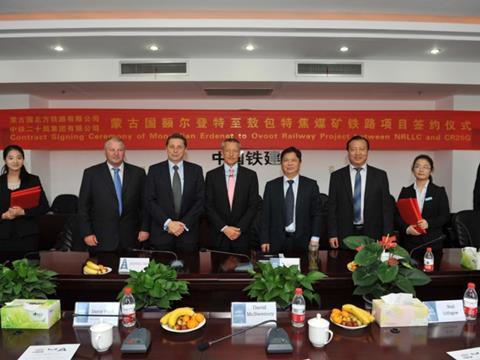 Phase 1 of the multi-user mixed traffic line would run start at Erdenet on the existing network and run 547 km west to Ovoot to serve Aspire’s planned coking coal mine developments.

The framework agreement announced on November 5 covers the completion of engineering design works, and provides the basis for negotiations between Northern Railways and CR20G for a fixed-price turnkey EPC contract. This would be awarded subject to appropriate allocation of risk, adherence to international standards and the receipt of necessary approvals, including the signing of a concession agreement with the government.

CR20G is also to assist with sourcing finance from China and elsewhere, and Chinese financial institutions have commenced preliminary due diligence on both the mining and railway projects.