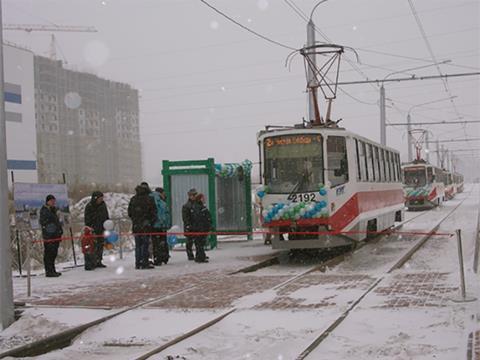 The extension between Poselok Yuzhniy and Chistaya Sloboda in the southwest of the city has three stops. It is part of the network on the west bank of the River Ob, which is not connected to the network on the other side of the river. Test running began on October 22.