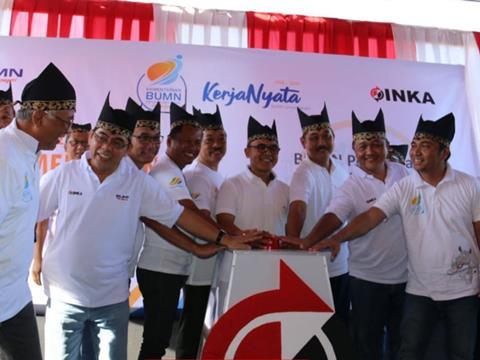 The factory is to be built on an 83 ha site at cost of Rp1·6tr, with opening planned for 2020. It is being designed to have the capacity to produce up to four vehicles per day, four times the capacity of PT Inka’s existing plant in Madiun. The location was chosen because it has access to a port which can be used to export rolling stock, with target markets including Australia, Taiwan and Africa.

On March 9 PT Inka signed a memorandum of understanding with Stadler for the potential formation of a joint venture to produce rolling stock at the plant; Stadler confirmed on April 2 that negotiations were ongoing.