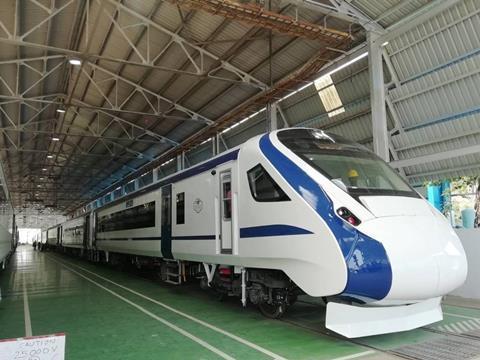 INDIA: The national government has approved plans to develop a 40 km dedicated test track in Rajasthan for railway research and testing. This is expected to reduce the requirement for new and experimental trains to be tested on the increasingly busy national network.

IR’s Research, Design & Standards Organisation had issued an initial request for proposals in September for an international consultant to assist with the development of testing facilities to support the operation at speeds above 160 km/h. On January 21 the government announced that the test track had been designated as a ‘special railway project’, which is intended to speed up the approval and land acquisition process as well as facilitating the necessary construction work.

The preferred site for the new centre incorporates part of the former North Western Railway main line between Phulera and Jodhpur, where the converted metre gauge section between Gudha and Thathana Mithri has been bypassed by a new alignment.

The Rs4bn first stage investment will see the development of a 25 km test track with around 20 km of straight track and 5 km of curves with radii of 1 750 m and 875 m. This will replicate the current specifications that apply to IR’s 1 676 mm gauge main lines, including structures and curvature.

According to an IR spokesman, ‘testing a new technology or train on a dedicated track is like conducting an experiment in a laboratory. This will be an all-weather track and will have all the prerequisites of a regular track.’ The new facility is to be used for a wide variety of tests, including ride quality, emergency braking and coupler force measurements which are deemed essential to ensure the safe operation of both freight and passenger trains.

Emphasising the increasing challenge of finding spare capacity for testing on main lines, former IR Board Member (Traffic) V N Mathur explained that the railway had been criticised by the Commissioner of Railway Safety in August 2016 for conducting 180 km/h trials with a Talgo trainset on the busy Delhi – Mumbai corridor.