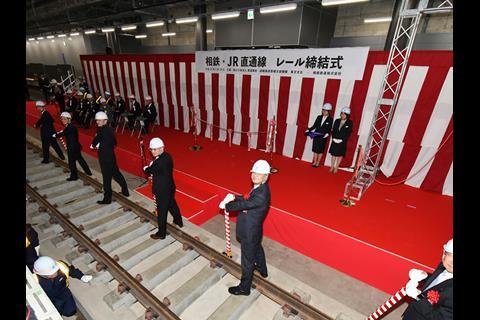 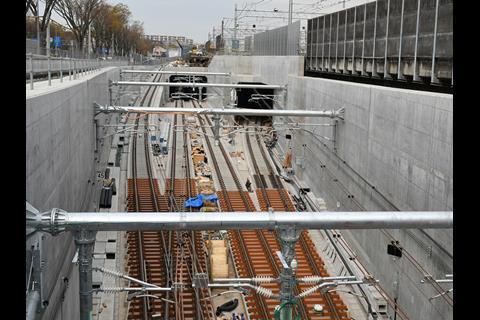 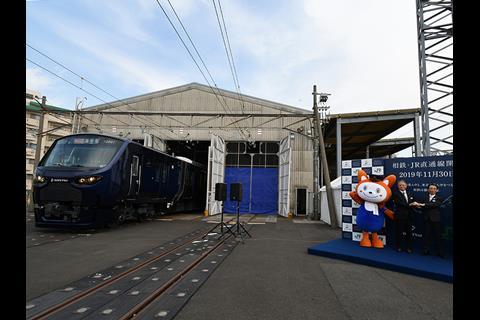 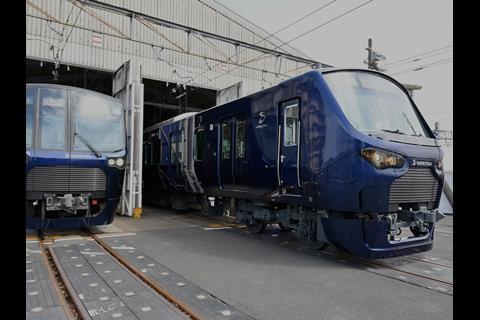 JAPAN: Ceremonies were held in western Yokohama on March 28 to mark the completion of a new link between Sotetsu’s Sagami Railway and JR East tracks, which will allow the operation of through services from the Sagami Main Line and Izumino Line to Shinjuku station in Tokyo.

Under the project, formerly designated as the Kanagawa Eastern Line, 12·7 km of new railway is being built to connect the Sotetsu network with both JR East and the Tokyu Railway. Diverging from the Sagami Main Line at Nishiya, the route initially runs to Hazawa Yokohama-Kokudai. A grade-separated connection east of this station links with JR East’s Shonan-Shinjuku Line at Osaki.

Through services over the Sotetsu JR Link Line are expected to start running from November 30. Sotetsu has been modifying its Series 11000 and 12000 EMUs to operate over JR East tracks, while JR East is expected to deploy some of its Series E233-7000 trains in a joint pool.

The main route will continue north from Hazawa Yokohama-Kokudai to Shin-Yokohama, where the Sotetsu tracks will meet end-on with a Tokyu Railway extension from Hiyoshi. This 10 km section is expected to be completed by the end of 2022, allowing Sotetsu services to reach Tokyu’s main Tokyo stations at Shibuya and Meguro. The latter would then run through onto Toei’s Mita Line metro.