South Korea to reinstate line to the DMZ 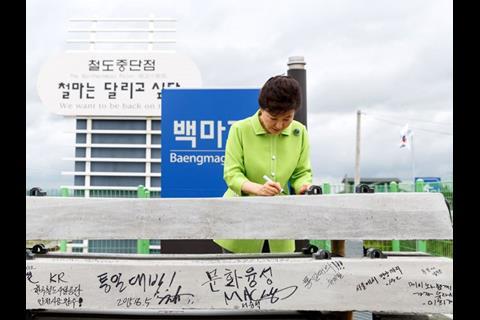 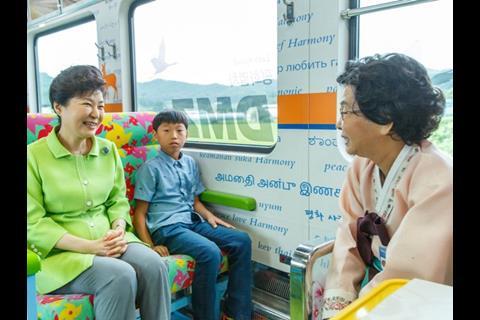 SOUTH KOREA: As part of events to mark the 70th anniversary of the partition of the Korean peninsula, on August 5 President Park Geun-hye attend a ceremony to launch work to reinstate the 9·3 km Baengmagoji – Woljeongi South Korean section of the former 222 km Gyeongwon Line between Seoul and Wonsan.

Main works on the US$129m project funded by the Unification Ministry are expected to begin in October for completion by 2017.

Park said ‘opportunities will always be open’ for North Korea to take part in the project, which would enable the next 2·4 km section through the Demilitarised Zone to be reinstated. ‘Reconnecting the Gyeongwon Line, which shared in the joys and sorrows of the Korean people, will be the starting point to heal the painful history of the Korean Peninsula’, said Park. It would also ‘serve as a starting point to lead Korea down a path toward unification and into a future with hope.’