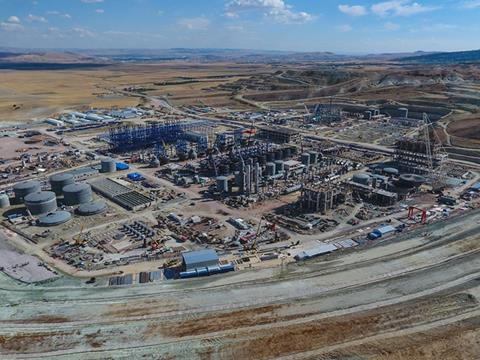 TURKEY: Infrastructure manager TCDD announced on April 2 that it had awarded contracts for construction of an 18·5 km branch to a soda plant at Yenikent. The contract award to a consortium of HCA Insaat, Imaj Altyapi Ust Yapı and Efecemler Ins Nak Madencılık is valued at TL353·5m; TCDD received 11 bids.

The new line would link the soda factory to a junction at Sincan on the conventional main line between Ankara and Istanbul. The contract covers land clearance and preparation, tracklaying, electrification, signalling and telecoms; work is to be completed within 1 080 days. The award follows cancellation of a previous agreement with Aga Enerji awarded in July last year.

The Kazan soda plant was commissioned in 2017 and has the capacity to produce 2·5 million tonnes per annum of dense soda ash (sodium carbonate) and 200 000 tonnes per year of sodium bicarbonate, much of which is exported internationally.