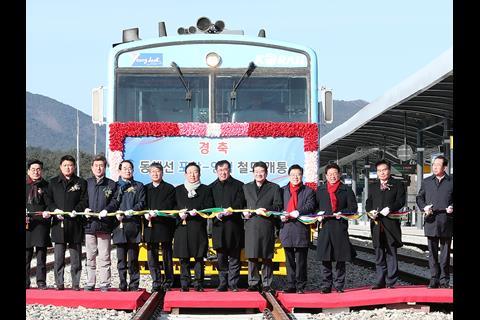 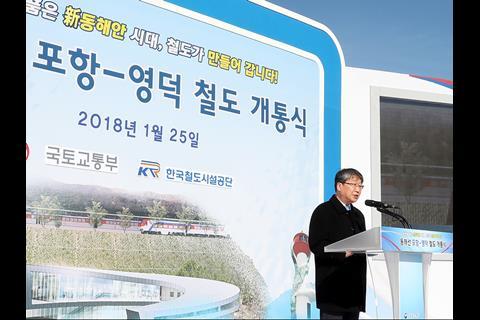 SOUTH KOREA: The 44·1 km Pohang – Yeongdeok section of the Donghae Line which is being developed to run from south to north parallel to the east coast was opened with a ceremony on January 25.

The single-track extension is designed for 150 km/h operation. It is initially being used by 14 passenger trains per day, with a 34 min journey time