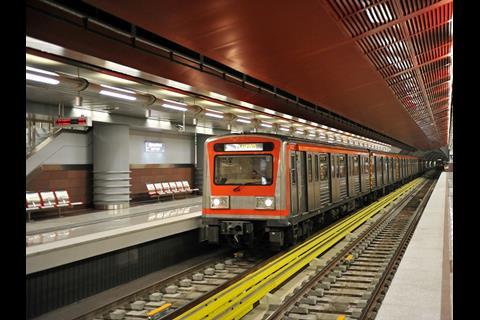 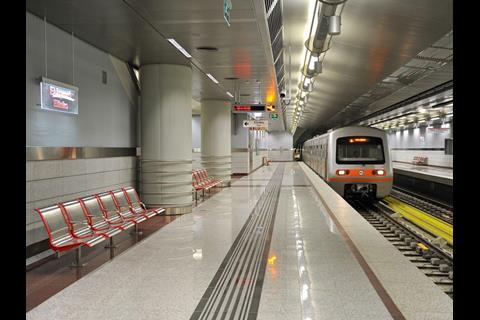 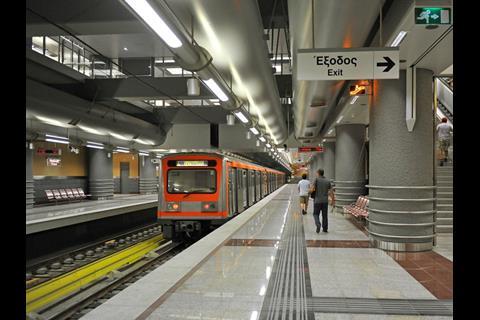 GREECE: A 5·5 km southern extension of Athens metro Line 2 opened to the public on July 26. The extension from Aghios Dimitrios has four stations at Ilioupoli, Alimos, Argyroupoli and a terminus at Elliniko. Alimos and Argyroupoli feature displays of archaeological finds unearthed during construction.

The project cost €550m. Construction was completed in 2011, but opening was delayed because of corruption investigations.

According to Attiko Metro Managing Director Christos Tsitouras, the journey time between Elliniko and Syntagma in the city centre will be 14 min, and the extension would reduce car journeys on Vouliagmenis Avenue by 13 000 per day.

Initial plans for the extension envisaged an elevated alignment, but Attiko Metro cancelled the tender because of concerns over noise pollution. A second tender was called for an underground route, and the contract was signed in March 2006 with a consortium of Aktor, Siemens and Vinci.

The southern extension follows the opening of a 1·2 km northern extension from Aghios Antonios to Anthoupoli on April 6. Attiko Metro is also planning a tram extension through the southern suburbs to interchange with the metro at Argyroupoli, and expects to call tenders by the end of the year.