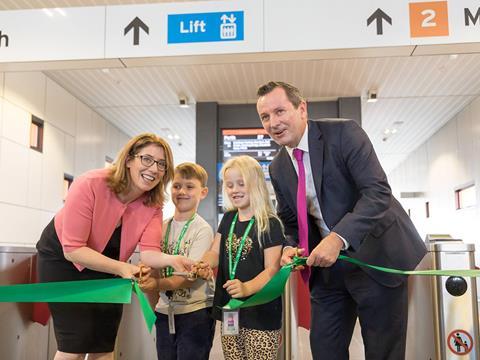 The station was built at a cost of A$72m as part of the A$125m Aubin Grove road and rail project. It has 2 000 parking bays, along with bicycle facilities, six bus feeder services, a kiosk, toilets, lifts, stairs and escalators. There are expected to be about 3 900 boardings each day at the station, which is between Cockburn Central and Kwinana and offers a journey time to Perth of around 23 min.

The Mandurah Line opened in 2007, having been built with provision for the extra station to be added as the population grew. ‘The new station was built while the Mandurah Line was largely still operational’, said state Transport Minister Rita Saffioti at the opening. ‘This project represents a feat of engineering, with the station largely constructed off-site and then sections craned into place over the last 18 months.’