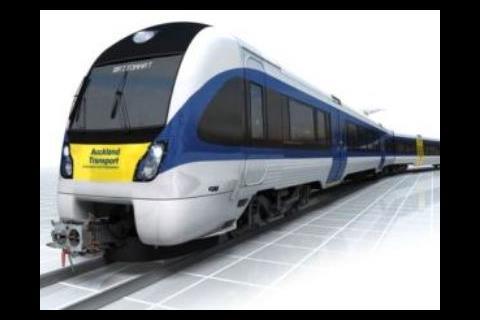 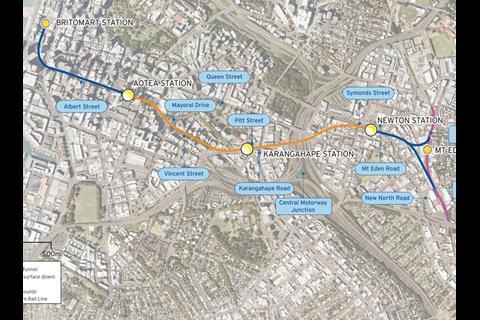 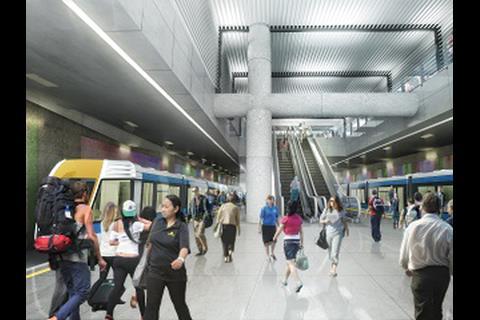 NEW ZEALAND: The government announced its backing for transport projects including the NZ$2·86bn Auckland City Rail Link on June 26.

The 3·4 km route would run through twin tunnels up to 45 m below the surface to connect the current Britomart terminus with the Western Line at Mt Eden, via three stations in the city centre. This would increase capacity, reduce headways and cut journey times by eliminating the need for trains to reverse at Britomart.

The government has committed to producing a joint business plan with Auckland Council in 2017, along with a 50% funding contribution which would enable construction to start in 2020. The council approved the project in May 2012 and hopes to see work start earlier, which the government would consider if city centre employment increases by 25% or annual rail ridership reaches 20 million journeys earlier than predicted.

'Along with the electrification of rail, the CRL will be the biggest advance in Auckland transport since the Harbour Bridge', said Mayor Len Brown. 'Building the CRL is my number one priority as mayor. It will be a vital piece of infrastructure for Auckland's economy, and will enable us to better meet the challenges of a growing city. The CRL will double the capacity of the existing rail network and slash travel times.'

He added: 'we now need to focus on working closely with the government to agree the exact timing and to keep the project moving forward at pace.'