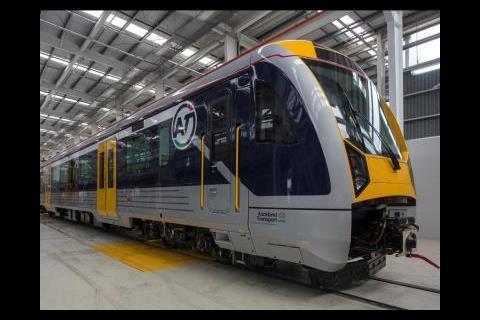 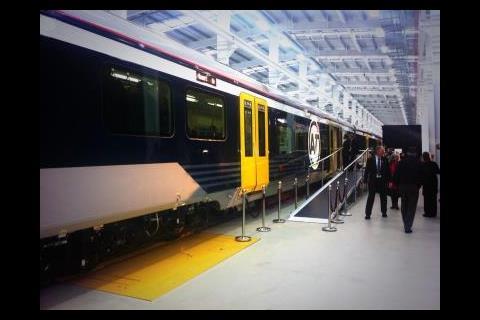 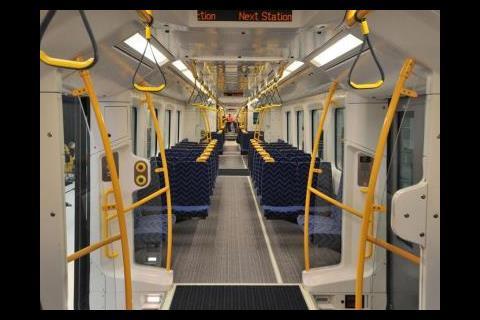 NEW ZEALAND: The first of 57 three-car EMUs being built by CAF for the Auckland suburban network was unveiled by the city’s mayor Len Brown at the new Wiri depot on September 12. He was joined at the event by Transport Minister Gerry Brownlee, Auckland Transport Chairman Lester Levy and Terry Scott, Managing Director of local operating concessionaire Transdev Auckland.

The first train had arrived at the port of Auckland on August 24, and was taken to Wiri for testing and commissioning. Driver training is expected to start in October. The EMUs are to be introduced on a line by line basis from the second quarter of 2014, with all 57 due to be in passenger service by the end of 2015.

Levy said it was ‘a very proud day for Auckland Transport’ and its partners, including the New Zealand Transport Agency Auckland Council, KiwiRail and Transdev, along with CAF and Downer, which built the new depot at Wiri. Brownlee added that the unveiling of the first electric train was ‘an important milestone in the government’s NZ$1·6bn programme to provide a step change in the performance and capacity of Auckland’s rail network.’

Each air-conditioned unit will be able to carry 375 passengers, 40% more than the ageing DMUs that they are to replace. Wide doors and open gangways will facilitate passenger movement, and space is provided for wheelchairs, along with automatic ramps on the central vehicle to provide level boarding.