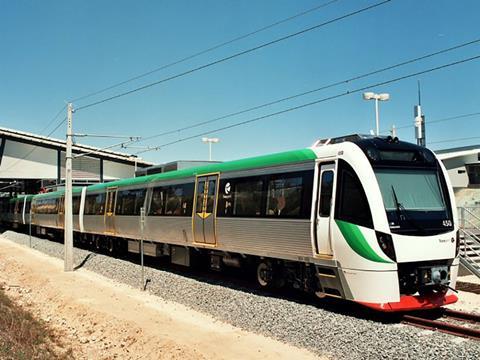 AUSTRALIA: The government of Western Australia has prequalified three bidders for a contract to supply up to 41 six-car electric multiple-units for the Transperth network serving Perth:

The government expects to select a supplier in early 2019. An initial order of 17 six-car EMUs would be delivered from 2021, and these would be used on extensions of the 1 067 mm gauge suburban network. A follow-on order for 24 six-car sets, to be delivered between 2023 and 2028, would be used to replace the ageing A-series EMUs.

The government would like at least 50% of the rolling stock to be assembled in the state. It has selected Bellevue as the preferred site for the assembly plant. The site would also include a new maintenance depot. Approval from the Metropolitan Redevelopment Authority is expected in the coming weeks.