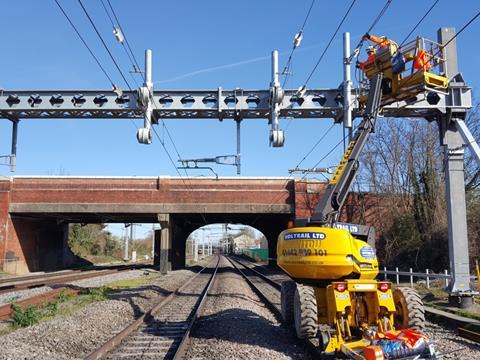 UK: Balfour Beatty announced on August 22 that it had been awarded a contract by Network Rail to electrify 64 route-km of the Great Western Main Line between Bristol Parkway and Cardiff. Main works are due to start this month with completion expected towards the end of 2018.

Contract award for route sections 6P, 8 and 9 follows a four-month Early Contractor Involvement phase during which Network Rail and Balfour Beatty agreed the scope and cost of the programme. Using ‘the latest technology and innovations in design, construction and rail plant to drive efficiencies and improve safety’, Balfour Beatty expects that during peak construction the project will provide employment for over 300 people.

‘Balfour Beatty and Network Rail have successfully delivered the Crossrail West Outer Electrification Programme to schedule and I look forward to passengers seeing the benefits which will come when this new section of electrification is complete’, said Mark Bullock, Managing Director of Balfour Beatty’s UK Rail business.