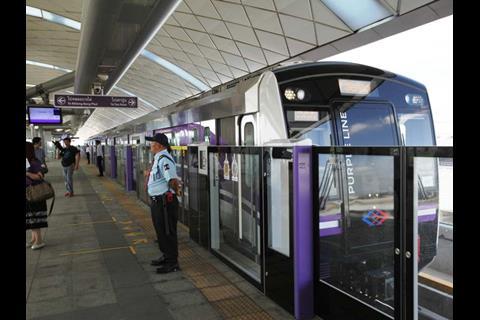 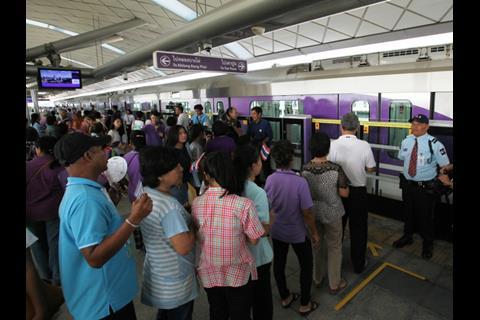 THAILAND: Princess Sirindhorn opened Bangkok’s Purple Line on August 6. Built by Mass Rapid Transit Authority of Thailand with the support of Japanese yen loans, the line is expected to carry 200 000 passengers a day initially, rising to 400 000 in 2019.

The 23 km elevated alignment from Tao Pun to Khlong Bang Phai has 16 stations, including four park-and-ride sites. Test runs started on December 14. The line is being developed by Bangkok Metro Public Co under a 30-year public-private partnership contract worth 82·6bn baht and awarded by Mass Rapid Transit Authority of Thailand in 2012.

A joint venture of Marubeni and Toshiba has provided power, signalling, control, telecoms and other railway systems. It is also contracted for 10 years of maintenance, which it is carrying out with JR East.