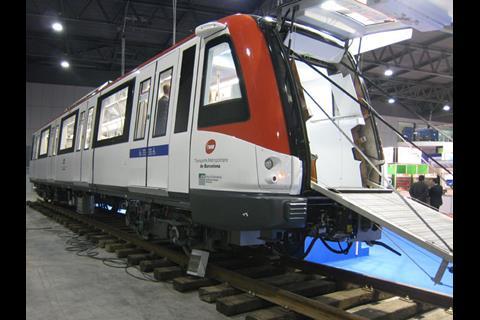 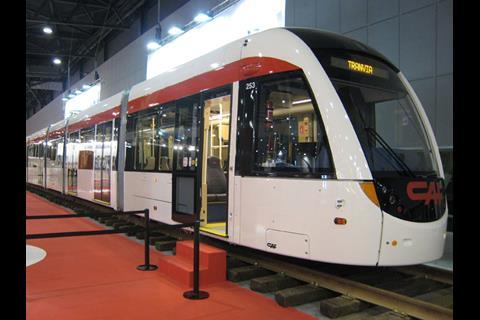 SPAIN: The BcnRail trade fair held in Barcelona between November 30 and December 3 focused attention on the city’s automatic metro lines 9 and 10, including one of the Alstom Series 9000 Metropolis cars. CAF also used the event to unveil its tram for Edinburgh.

Barcelona’s 52-station 47·8 km driverless Line 9 and Line 10 project is being built by infrastructure manager Ifercat and project manager Gisa, and will be operated by TMB. The first section of Line 9 between Can Zam and Can Peixauet is expected to open in mid-December, to be followed in early 2010 by the initial Line 10 branch from Gorg to Sagrera.

Alstom displayed a Series 9000 vehicle fitted with a front-end evacuation door which opens in 10 sec allowing passengers to exit the train via a ramp 3·5 m long and 1 246 mm wide. Alstom is supplying 250 of the locally manufactured cars to operate as five-car trainsets on lines 2, 4 and 9.

CAF exhibited a five-module version of the tram which will be delivered to Edinburgh in April 2010. The bi-directional seven-module vehicle has three motor bogies and an intermediate trailer bogie, is 100% low-floor and can accommodate 333 passengers.

CAF also presented its ACR energy storage system which will be fitted to the next generation Urbos 3 tram to allow catenary-free operation in Sevilla and Zaragoza.