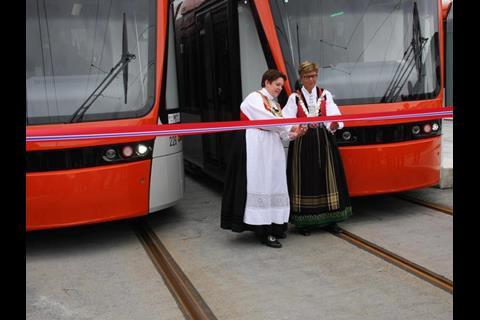 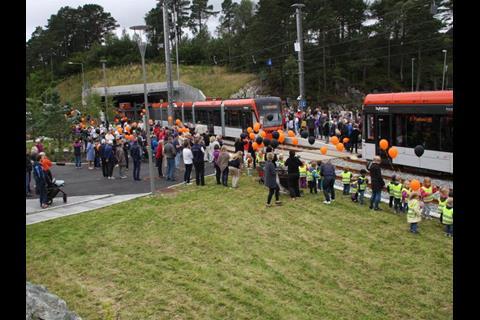 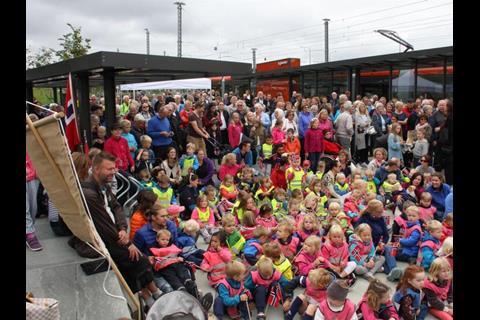 The southern extension from Lagunen to Birkelandsskiftet adds 6 km and five stops to the route. Journey time on the extension is 8 min, bringing the end-to-end journey for the entire line to 39 min.

Work on the extension began on August 16 2013 and was funded by the city, the county and the national government. A further extension from Birkelandsskiftet to the airport with an intermediate stop at Kokstadflaten is due to open later this year or next year. A new depot is being built near the airport, which will have space for 50 trams and space to expand.

Earlier this month Bybanen took delivery of the first of 20 five-section trams that has been lengthened to seven sections. It also has eight trams in service ordered as seven-section vehicles. The entire fleet has been supplied by Stadler Pankow.