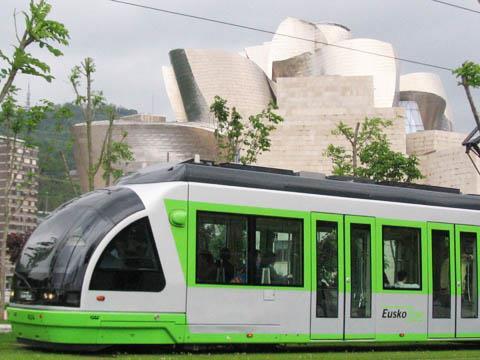 SPAIN: Basque infrastructure authority Euskal Trenbide Sarea has launched a tender to construct the first phase of Bilbao metro Line 3 between Etxebarri and Txurdinaga, which includes 2·1 km of tunnel and two new stations, with a budget of €65·5m and an execution period of 45 months. Offers were to be submitted by February 12. The Basque and Bizkaian governments approved the €153m funding package for the line last December, agreeing to share the cost 50:50.

The double-track metre-gauge line, construction of which will be managed by ETS, will be 5·9 km long with seven stations. The route will run from San Antonio in Etxebarri to Matiko and interconnect with lines 1 and 2 at Casco Viejo. Four new underground stations will be built at Otxarkoaga, Txurdinaga, Zurbarambarri and Uribarri, as well as a surface station at San Antonio de Etxebarri. Casco Viejo and Matiko stations will be remodelled. When completed, more than 71 000 inhabitants will have a station within a 10 min walk, with trains arriving every 5 min.

On January 23 the Basque government and Bilbao municipality also presented plans to extend the city’s tramway from Basurto to Rekalde, adding 1·4 km and three stations to the existing 4·9 km route. The budget for the project, which should take 18 months, is €7m; work is due to start in June. The extension should increase demand by 50%, requiring the purchase of an additional vehicle from CAF to increase the fleet to six units.