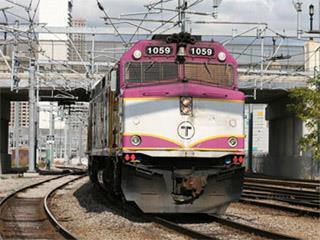 MBCR has promised to make further service improvements on the 750 km network. On-time performance is still more than five points below MBTA’s target of 95%. However, if incidents considered to be beyond the company’s control are excluded, the on-time objective was achieved.

Following the recent installation of GPS equipment on the fleet, real-time train arrival information will be available on all 13 MBTA commuter lines by the middle of February. In addition, passengers at stations with at least 50 parking spaces can get live updates on their radios whilst waiting in their cars. MBTA is also promising to make its wi-fi service available on all 410 coaches in its commuter fleet before the end of the summer.

MBCR is owned by Veolia Transport (60%), Bombardier (20%) and US company Alternate Concepts Inc (20%). The original five-year operating contract was awarded in 2003 with three-year and two-year extension options. The first option was exercised in 2008.

The second extension, worth $559·7m, means that MBCR’s contract will now expire on July 1 2013. A procurement process leading to competitive bids for the new contract will begin in 2012.