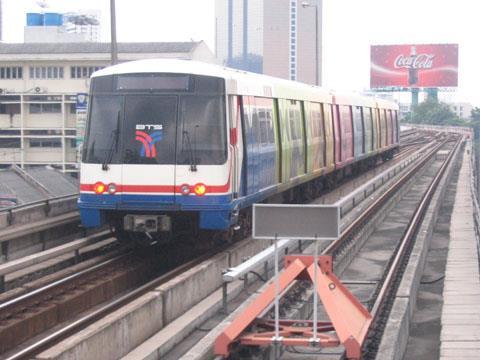 THAILAND: Bangkok Metropolitan Administration subsidiary Krungthep Thanakom has awarded SkyTrain operator BTS a 674m baht contract to operate and maintain the 5·3 km Sukhumvit Line extension from On Nut to Bearing which is due to open on August 12 2011.

The contract is initially valid for one year from the start of commercial operations but may be extended to 19 years or until BTSC’s 30-year SkyTrain concession expires. BTSC also entered into an agreement with Krungthep Thanakom on November 23 to provide assistance with commissioning and trial running in preparation for the opening.

The new section will have five stations at Bang Chak, Punnawithi, Udom Suk, Bang Na and Bearing and will increase the Sukhumvit Line to 22·2 km with 22 stations. BTSC has already ordered 35 Siemens cars to extend its existing fleet of 35 three-car trains to four cars to cope with increased demand on the expanded route.