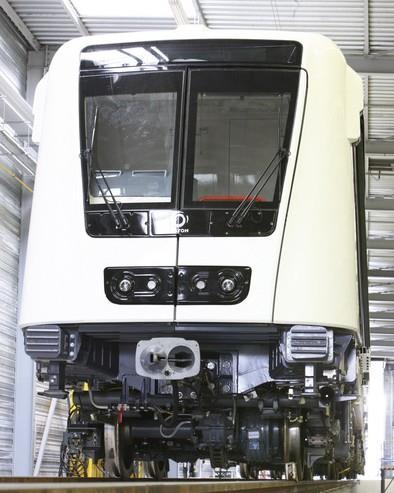 HUNGARY: Budapest transport operator BKV and Alstom Transport Katowice have unveiled the first of 37 Metropolis trainsets for the Budapest metro.

BKV and Alstom signed a €247m contract in May 2006 covering the supply of 22 five-car trainsets to replace the existing stock on line M2, and 15 four-car trains for the future line M4 which is now under construction. The trains are being built in Poland and will be tested at Valenciennes in France.

The first train is expected to be delivered to Budapest next month, and the fleet will enter service between February and September 2009.