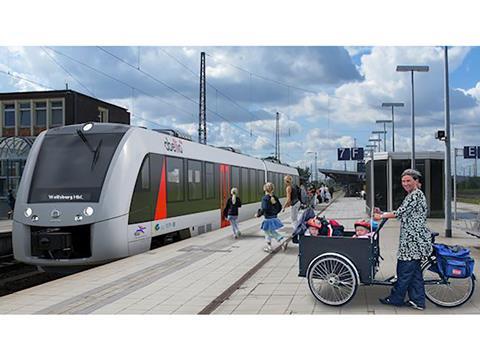 GERMANY: Sumitomo Mitsui Banking Corp and KfW IPEX-Bank announced on May 11 that they had concluded the financing of 52 Alstom Coradia Lint 41 diesel multiple-units which Abellio Rail Mitteldeutschland has ordered for use on Dieselnetz Sachsen-Anhalt services.

When it announced the €170m rolling stock contract on April 1, Alstom said it was the largest Coradia Lint order to be placed by a single customer.

The financing is for the benefit of an affiliate of NS Financial Services Co Ltd, which is part of the Dutch state railway group NS alongside Abellio. As part of a club deal, the two banks are equally providing an overall loan of €126m with a term of approximately 17 years. This aligns with the duration of the two Dieselnetz Sachsen-Anhalt operating contracts, which will cover the provision of services connecting Magdeburg, Wolfsburg, Stendal, Erfurt, Halle and Goslar for 14 years from December 2018.