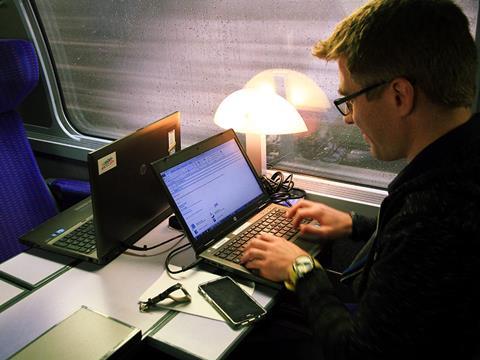 EUROPE: Alstom announced on March 6 that it had signed an agreement to purchase onboard connectivity and infotainment supplier 21net from the Innovacom fund and other investors. The transaction was expected to close within a month.

Founded in 2001, 21net has its headquarters in the UK and subsidiaries in Belgium, France, Italy and India. It employs 50 people and recorded turnover of €16m in 2017. In 2016 21net won a contract to provide wi-fi on SNCF’s TGVs, and it has worked with Alstom to equip the NTV fleet in Italy. 21net uses multiple technologies including satellite, cellular and trackside antennas.

‘This new acquisition, one year after that of Nomad Digital, will reinforce Alstom’s digital offering and expertise’, said Jean-François Beaudoin, Senior Vice-President for Digital Mobility at Alstom. ‘The demand for seamless connectivity throughout passengers’ journeys is today a must.’