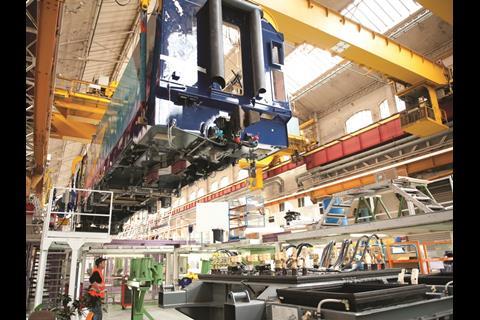 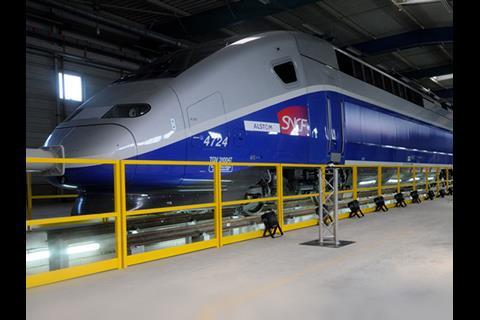 FRANCE: Citing an anticipated 30% drop in orders from the French market over the next two years, Alstom announced on September 7 that it is embarking on a programme to reduce manufacturing capacity in the country.

Addressing a meeting of its European Works Forum at the Belfort plant in Franche-Comté, the company confirmed that it is intending to cease manufacturing in Belfort by 2018. The plant has been Alstom’s production centre for locomotives and TGV power cars, but its current contracts are nearing completion. The company pointed to a ‘crisis’ in French rail freight over the past decade, and noted that it had lost a recent tender for locomotives.

Belfort’s engineering and production functions are to be transferred to the Reichshoffen plant in neighbouring Alsace, which is reportedly also under-employed with fewer orders for Régiolis multiple-units than anticipated. Alstom says it will continue to provide locomotive maintenance and servicing at Belfort, accounting for around 80 of the current 480 jobs. The other 400 employees will be offered the opportunity to transfer to Reichshoffen or Alstom’s other 10 French sites.

Reacting to the announcement, a group of senators and other politicians from Haut-Rhin, Bas-Rhin and Belfort wrote to President Hollande noting that the government had failed to exercise an option for Alstom to supply 30 additional trainsets to operate TET inter-city services, which had been promised by Transport Secretary Alain Vidalies in February 2016. Suggesting this was a ‘mirage’, the politicians said the lack of a real order was putting at risk the ‘vitality of the industrial fabric’ in their region, along with ‘hundreds of jobs’.