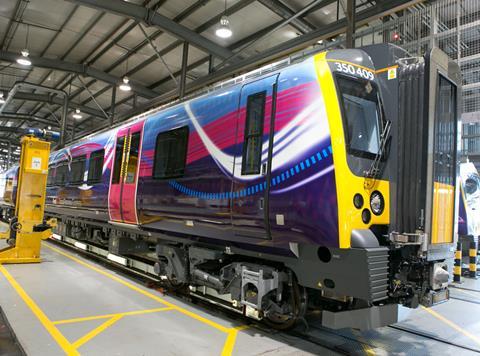 Announcing the change in ownership on August 18, Angel Trains said the deal ‘reaffirms these shareholders' long-term commitment to the UK rail industry’.

AMP Capital’s clients include a wholly-owned subsidiary of Abu Dhabi Investment Authority, an Asian institutional investor, PensionDanmark and Swiss Life Asset Managers. It has invested in Angel Trains since 2008, and Global Head of Infrastructure Equity Boe Pahari said ‘we have come to know the asset very well during our seven years of ownership and we and our investors like its long-term contracted revenue, stable cash flows and strong growth opportunities’.

London-based Angel Trains was established in 1994 as part of the privatisation of British Rail and now has a ‘modern, diverse fleet’ of around 4 600 vehicles leased to UK operators.

In August 2008 the business was acquired from Royal Bank of Scotland Group by a consortium of Arcus Infrastructure Partners, AMP Capital Investors, International Public Partnerships, PSP Investments and STC Funds Nominee, Statewide Superannuation and Prime Super, advised by Whitehelm Capital. In October 2012 Statewide Superannuation transferred its stake to other member of the consortium.