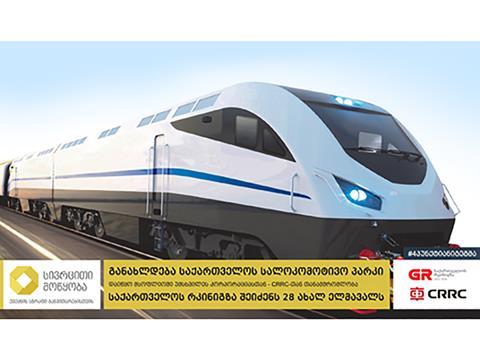 GEORGIA: CRRC signed a preliminary agreement on October 4 for the supply of 28 electric freight locomotives to Georgian Railway and the formation of a joint venture which could produce locomotives for use in Central Asia and Eastern Europe.

The planned US$20m factory near Tbilisi would be established by CRRC through a joint venture with local companies BMI Partners and AS Group 1990, who see potential markets as including Ukraine, Azerbaijan, Iran, Turkey and possibly the EU.

The locomotives would be designed to suit Georgian and regional needs and would have asynchronous traction motors. The value of the initial order and delivery timescales were not disclosed.

Prime Minister Giorgi Kvirikashvili attended the signing of the agreement. He said the joint project with CRRC was a major step towards the long-term development of Georgian Railway and exploiting the market for transit traffic.